Cabinet Agrees to Raise FDI Limit in Insurance Sector To 74% 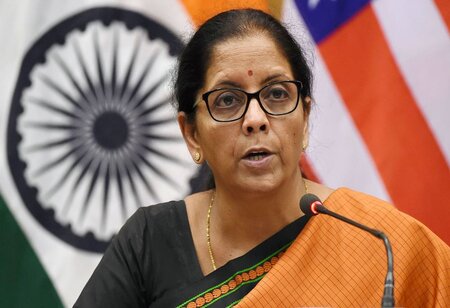 In less than six weeks since Finance Minister Nirmala Sitharaman announced major financial sector reforms in the Budget for 2021-22, the Union Cabinet has approved a proposal to amend the Insurance Act, 1938, paving the way for increasing the foreign direct investment (FDI) limit in the sector to 74 per cent from 49 per cent.

A Bill to amend the Act is likely to be introduced in the ongoing Budget session of Parliament itself, as per government sources. Raising the foreign investment limit in the insurance sector is expected to improve capital availability and foster competition in the sector.

The FDI limit hike will also develop the insurance industry as a big channel for generating durable funds for creation of long-term assets and aid the process of economic development as India emerges out of the pandemic.

“I propose to amend the Insurance Act, 1938, to increase the permissible FDI limit from 49% to 74% in Insurance Companies and allow foreign ownership and control with safeguards,” Sitharaman had said in her Budget speech on February 1. Under the new structure, the majority of directors on the Board and key management persons would be resident Indians, with at least 50 per cent of directors being independent directors, and specified percentage of profits being retained as general reserve.

The move is set to benefit the industry as it will help grow the market with a broader range of products at affordable prices. Insurance penetration currently stands at just 3.71 per cent of the GDP in the country. Higher investments will help increase penetration of products in an underserved market. It will also bring in global best practices, besides helping lower the cost of products due to greater competition.

Industry players said it would benefit small insurance players or the ones where the sponsors don’t have the ability of infusing more capital. In the Budget, the government also announced that two public sector banks and one general insurance company will be privatised, and LIC will be listed on the stock exchanges in the financial year 2021-22.

The Cabinet’s move reflects the political resolve to push through decisions which have faced stiff opposition in the past. A Bill to raise FDI in the insurance sector to 49 per cent from 26 per cent was introduced by the UPA government in Parliament in 2008. However, it could not be passed due to opposition from Left parties and some others. The BJP-led NDA government had promulgated an Ordinance to give effect to higher FDI in the insurance sector in the first year after coming to power in May 2014.