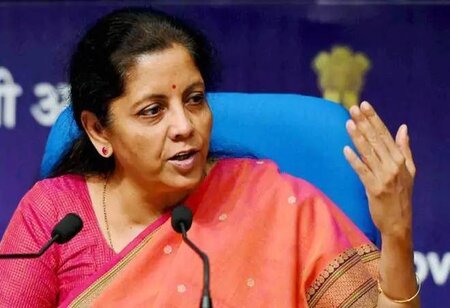 The focus on capex in the recently announced Budget for the current fiscal year will boost manufacturing and tax revenue collections, thereby keeping India on track to becoming a USD 5 trillion economy, the finance ministry said on Thursday. Tax revenues in last fiscal year grew by a record 34 per cent to Rs 27.07 lakh crore, which the ministry said is "a remarkable testimony to the rapid recovery" of the economy following successive waves of COVID-19.

"The central government's focus on making India a global economic powerhouse and the host of measures adopted towards this commitment has directly reflected in India's GDP growth in recent years.

"This has translated into increased revenue collection for the exchequer while keeping India well on the track towards achieving a USD 5 trillion economy...," the ministry said in a statement.

Prime Minister Narendra Modi in 2019 envisioned making India a USD 5 trillion economy and a global economic powerhouse. The Indian GDP is estimated to be around USD 3 trillion in 2021-22.

The ministry said apart from a brief setback owing to COVID-19, the government has maintained the nominal GDP growth above 10 per cent in recent years. GST, a simplified way of collecting indirect taxes, has been a revolutionary step propelling India's GDP.

"With a big push to capex in the Union Budget of 2022-23, the coming years are going to see a surge in domestic manufacturing as well as growth in employment. These in turn will directly boost tax contribution to the exchequer," the ministry said.

The gross corporate taxes during 2021-22 was Rs 8.6 lakh crore against Rs 6.5 lakh crore in the previous year.

This, the ministry said, shows that the new simplified tax regime with low rates and no exemptions has lived up to its promise, enhancing Ease of Doing Business for the corporate sector, stimulating India's economy and increasing tax revenues for the government.

For the current fiscal year, capital expenditure (capex) is budgeted to rise by 35.4 per cent to Rs 7.5 lakh crore to continue the public investment-led recovery of the pandemic-battered economy. The capex last year was pegged at Rs 5.5 lakh crore.