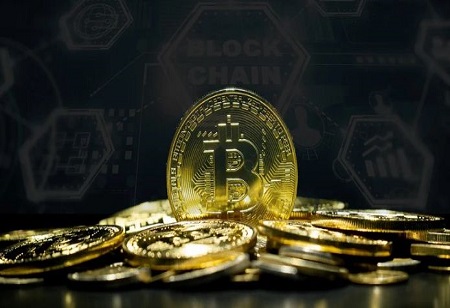 The most popular cryptocurrency in the world, Bitcoin, is still the market leader. It has a huge market cap and is considered the oldest cryptocurrency. It also has a huge market cap and is expected to continue growing in value in the future. The main reason why Bitcoin has been able to achieve such a huge success is due to the innovations that it has brought to the financial industry.

Despite its numerous advantages, many people still find Bitcoin incredibly complex. Understanding the various aspects of the banking system is difficult. It is still possible for people to gain trust in Bitcoin by learning more about its various advantages. For instance, its decentralized nature makes it a safer and more secure alternative to traditional financial transactions.

The first Bitcoin was created in 2009 based on a white paper that was written by a mysterious individual known as Satoshi Nakamoto. It took a long time for Bitcoin to gain widespread acceptance. Its first commercial transaction happened in 2010 when a computer program purchased two pizzas for 10,000 bitcoins. Initially, Bitcoin was mainly used by tech enthusiasts and IT professionals.

In 2011, Bitcoin became the first cryptocurrency to be able to compete with the U.S. dollar. It then experienced several ups and downs during the next couple of years. Despite these fluctuations, it has managed to maintain a steady growth rate.

The steady rise of Bitcoin over the years can be attributed to the technological innovations that it has brought to the financial industry. One of these is the decentralized nature of its platform, which has proved to be stable and trustworthy. Aside from technological innovations, there are also external factors that can affect the price of Bitcoin. Some of these include the support of governments and celebrities.

How Does Blockchain Technology Work?

Inside the Bitcoin shell, you will find huge machinery that processes transactions and generates new blocks. This is referred to as the blockchain. The first version of blockchain technology was proposed back in the 80s. However, the development of Bitcoin led to the widespread use of this technology.

A blockchain is a digital record that records all transactions that happen on a network. This record is referred to as the Bitcoin blockchain. Unlike other cryptocurrencies, blockchains are not controlled by a central bank. Instead, they are decentralized networks that are composed of thousands of independent users.

These users can perform the necessary transactions on the blockchain without any interference from the central bank. A block is a collection of transactions arranged into bundles. On the Bitcoin blockchain, a new block is created every 10 minutes. After it has been validated, it is added to the network.

The exact amount of time that the network generates new blocks have been chosen to ensure that it is secure and that the miners are motivated to perform their tasks. If the network takes too long to solve a particular puzzle, it could be vulnerable to attacks.

Before you start thinking about investing in cryptocurrencies, you must have the necessary knowledge about how the blockchain works. Having this knowledge will allow you to avoid getting into the traps of fraudsters.

Everyone should have the necessary knowledge about cryptocurrencies to make an informed decision when it comes to investing in them. The future price of a particular cryptocurrency depends on various factors such as its technological capabilities and its usage.