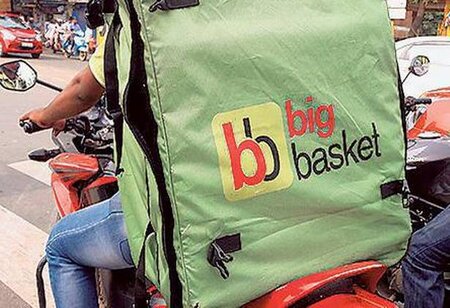 BigBasket will launch express deliveries, which is a segment the online grocery platform has previously experimented with but pulled back from, cofounders Hari Menon and Vipul Parekh said.

Over the next two-three months BigBasket, where Tata Digital acquired a majority stake recently, plans to introduce the quick-delivery service, a category which is hotting up with well-capitalised companies like SoftBank Vision Fund backed-Swiggy investing heavily into it.

In the first interview since Tata Digital’s $1.2 billion investment in BigBasket, the cofounders said that the company would offer elements of omnichannel and options of native languages on the platform as it closes in on the launch of express delivery. “We have learned from the past to build this vertical…and will now launch it under the Tata umbrella,” Menon said.

Menon and Parekh spoke on The Rundown by ETtech, our live weekly audio show which aired on Twitter Spaces on July 15. They said these fresh initiatives and changes under the new owner would play out over the next few months at BigBasket, as the salt-to-software Tata Group gets ready to launch its much-anticipated super app later this year under Tata Digital.

"There have been discussions in terms of how to build this whole thing together—whether it's Tata Digital or the individual brands. There is a lot of alignment in our thinking, and I am feeling very comfortable about it," Menon said

.
While deal discussions are on with Tata, there is clarity on the fact that BigBasket will run as an independent business. “That was something we felt good about. Another thing was that we were going to be part of the Tata Digital strategy and would power it in some sense. That gave us comfort and that’s something we needed,” Menon said, while talking about synergies between BigBasket and Tata.

Tata Digital, a wholly owned subsidiary of Tata Sons, along with BigBasket has held talks for a possible buyout in the category, people close to the matter indicated