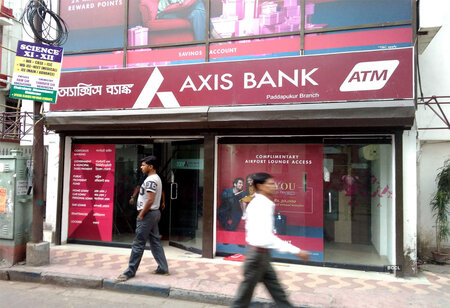 The transaction was executed for Hindalco Industries Ltd, the world’s largest aluminium company by revenue, and linked to 90-day SOFR financed by Axis Bank’s GIFT City IBU branch, it said. Axis Bank said its GIFT City branch has built a loan book of over $1 billion as on date. The bank enables these trade finance services through dedicated specialists, fast document processing and efficient systems, it said.

“This trade deal based on a new-benchmark demonstrates the bank’s agility to adapt to the changing times and reflects the confidence of its clients in the bank’s capabilities," said Neeraj Gambhir, group executive and head (treasury, markets and wholesale banking products), Axis Bank.

With this transaction, Axis Bank said it has paved the way for other Indian banks to advance in the LIBOR transition phase. Going live with SOFR-linked transactions will instil huge comfort among various corporate clients of the bank, involved in a gamut of overseas loan and trade financing transactions, it said.

The Reserve Bank of India had issued an advisory in June encouraging banks to cease entering new contracts using LIBOR as a reference rate and instead adopt any Alternative Reference Rate (ARR). The global transition from Libor became necessary after it was discovered in 2007-08 that banks were manipulating the rate, sparking an investigation by Britain’s Financial Services Authority (FSA).

Libor rates over tenors are calculated as averages of rates polled by major banks and used for pricing debt instruments and derivatives such as currency swaps and interest rate swaps. India’s exposure to borrowings linked to the benchmark is estimated to be around $331 billion, Mint had reported in January.