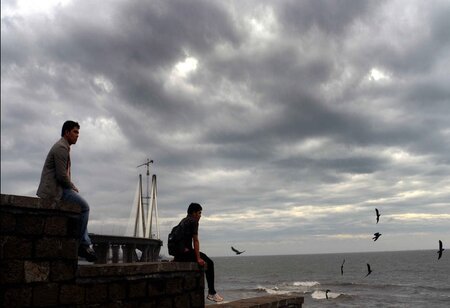 Advancing monsoon and decline in rain deficiency over the past one week will help accelerate revival of rural demand, fast-moving consumer goods (FMCG) industry executives and analysts have said.

"It's clear that the good monsoon trend we're seeing will lead to demand revival in rural markets by September," said Saugata Gupta, chief executive of  Marico, maker of Parachute hair oil and Saffola edible oils and oats. "A base effect will also play out as demand started to taper in the September quarter last year."

India's villages, which contribute around 35% to overall FMCG sales in the country, are crucial for revival of the overall sector. In the first two weeks after the onset of the southwest monsoon, there was a deficit in the daily normal precipitation level. By June 11, there was 43% deficit in monsoon rains, as per meteorologists. The rainfall picked up thereafter.

"The deficit in rainfall has been nearly washed out," said GP Sharma, president at private weather forecaster Skymet. "From 43% on June 11, it has shrunk to about 5% as on Monday and will further reduce as rainfalls increase in the next few days."

The southwest monsoon, which accounts for nearly 70% of India's annual rainfall, is the backbone of the country's $2.7 trillion agriculture-dependent economy.

"Better monsoon this year will go a long way in improving income levels in the hinterland and driving up consumer sentiments," said Adarsh Sharma, executive director, sales at

Shares of FMCG companies traded higher this week after the India Meteorological Department announced a revival in monsoon rains. The weather office has predicted an intense spell of rainfall along the west coast for the next five days. Executives said good monsoon, along with softening of some commodity prices, are indications that demand could revive faster than expected.

Last weekend, Adani Wilmar reduced consumer prices of Fortune refined sunflower oil's one-litre pack by ₹10 following reduction in import duties on the commodity. Mother Dairy, too, announced a reduction in its Dhara edible oil prices by ₹15 per litre. Several companies including Hindustan Unilever, ITC, Britannia, Dabur and Marico, are significantly stepping up direct distribution and expanding last-mile reach in rural markets. Tata Consumer doubled the number of outlets its direct distribution reaches to 1.3 million in the year ended March from 0.6 million earlier. The company, in its annual report, said the number of urban and rural/semi urban distributors have risen 25% and 400% last fiscal and that it will continue to expand at the same pace.

It plans to expand its total direct distribution to 1.5 million outlets this fiscal.

Monsoon had arrived on the coast of southern Kerala state on May 29, three days ahead of the June 1 target, but its progress was stalled for over a week.