Analysts estimates new surge in bad loans, could rise to 13-15% this FY 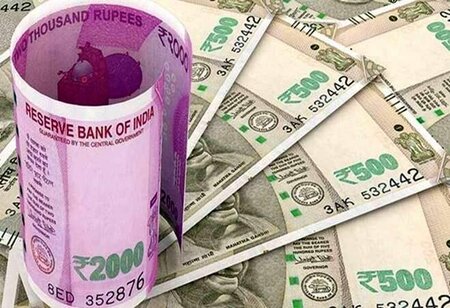 Several large banks and non-banking finance companies facing new challenges posed by the second wave of Covid, bad loans are projected to see a new spike as the increasing stress across sectors is starting to impact the repayment capacity of borrowers.

Analysts estimate that non-performing assets will rise from a little under 8 per cent in the previous fiscal year — helped by restructuring, write-offs and regulatory relaxations including a loan moratorium to 13-15 per cent in 2021-22.

NBFCs and MFIs are reporting sharp surges in stressed assets. “Small entrepreneurs operating in segments such as salons and restaurants, taxi operators and merchants/ traders in non-essential categories have been hit hard, and there has been no specific income support to these target groups. There has been a spectacular spike in NPAs in this category,” stated a senior private sector banker. As incomes have not been restored for more than a year now, we have no option but to take significant haircuts and write-offs, added the banker.

Bajaj Finance, in its recent update, estimated NPAs in Q1 and Q2 to be higher as lockdowns in April-May affected asset quality. “The second wave has caused a marginal increase in EMI bounce rates in Q1 FY22 over Q4 FY21. Forward flows across overdue positions were higher due to constraints on collections amidst strict lockdowns across most parts of India. As a result, the company estimates its gross NPA and net NPA in Q1 and Q2 to be higher,” it stated in a stock exchange filing on June 4.

In its latest notes to financial accounts on June 4, PNB stated that “The extent to which the Covid-19 pandemic will impact the bank’s results will depend on future developments, which are highly uncertain including among other things, the success of the vaccination drive. The major identified challenges for the bank would arise from eroding cash flows and extended working capital cycles.”

Tourism, hospitality, restaurants, salons, aviation, construction, textiles and high-contact services are among the worst-affected segments. Care Ratings has forecast NPAs to be 7.3 per cent (Rs 7.93 lakh crore) of advances as of March 2021 as against 8.5 per cent (Rs 8.86 lakh crore) in March 2020. This is expected to cross double digits and hit 15 per cent in 2021-22, experts said.

The Reserve Bank of India has also warned about the possibility of a spike in bad loans to 13.5 per cent by September 2021, from 7.5 per cent in September 2020. This works out to Rs 14.6 lakh crore of the total bank credit of Rs 108.33 lakh crore. It’s difficult to put a number given the moratorium and various schemes by the banks but stressed assets are estimated to be in double digits,” stated Tarun Bhatia, managing director and head of Business Intelligence and Investigations, Kroll South Asia.

Care Ratings stated that the pressure on asset quality is expected to continue due to restructuring especially in the MSME segment. Retail loans, unsecured loans, are also expected to witness significant stress. The downside risks include lockdown in key states, which may impact the industrial as well as service segments. Another risk includes the ending of the ECLGS scheme in June 2021, which had held up the MSME credit.