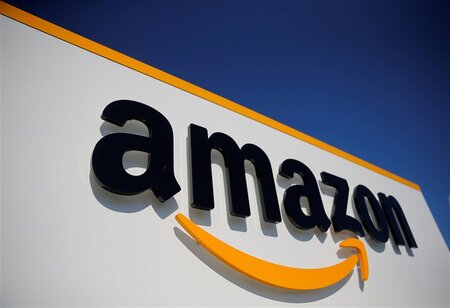 Ecommerce majors including Flipkart, Reliance Retail as well as Amazon are in talks to join the country’s ambitious Open Network for Digital Commerce (ONDC), multiple people in the know said, even as the network’s pilot programme to on-board kiranas and small as well as medium businesses gets underway in Bengaluru and four other cities.

Flipkart’s logistics arm Ekart and Reliance Retail-backed Dunzo have already integrated with ONDC for logistics services while PhonePe, which is also owned by Flipkart and Walmart, is joining the network and is in advanced stages of integration, these people said.

Paytm is already a part of the network, they added. “The bigger ecommerce players have indicated to ONDC that they will support it. Besides tapping into new users, this will also enable platforms with sizable business-to-business verticals to tap into the seller side of ONDC network to supply goods,” one of the people cited above said.

Platforms like Paytm, PhonePe are likely to offer real estate to ONDC on their platforms through which users can log into the network, the sources added.

ONDC, which still is at a nascent stage, is being pitched as a solution to break the dominance of large ecommerce firms like Walmart-owned Flipkart, Amazon and others in India. Hence, any move by these platforms to join and integrate with the open network assumes huge significance.

“The existing platforms (large etailers) work with a captive set of users. With an open network, ONDC will enable all the buyers in the network to be discoverable to all the sellers. Therefore, existing platforms (too) will have an incentive to be part of ONDC,” Thampy Koshy, chief executive officer (CEO) of ONDC said.

He declined to comment on specific names of large ecommerce and logistics firms joining the network.

A PhonePe spokesperson confirmed that the company will join the ONDC network on buyer and seller sides. “Just like UPI, we want to build on an open ecosystem like ONDC while leveraging our payment relationship with merchants as well as consumers. This will help our merchant partners grow their business. In terms of timelines, we are actively working with ONDC to launch as soon as possible,” PhonePe said in a statement.

“We are closely engaging with the ONDC team to better understand the proposed model and evaluate the role Amazon can play to better serve Indian customers and sellers,” an Amazon India spokesperson said.

Emails sent to other companies mentioned above did not elicit a response till press time Wednesday.

“Key logistics (providers) are already there. Now, they are waiting for orders and want to see how it is executed,” another person aware of the integrations said.

Koshy said the network aims to scale its presence in about 100 cities by August and it will also be opened to the wider public in five cities — Bengaluru, New Delhi, Coimbatore, Bhopal and Shillong — where the pilot is underway. The network is currently in the “beta testing” phase with just five sellers onboard and a limited set of buyers from five cities.

“By the first week of June, we want to make it available to the broader public in these five cities. By August, we want to be there in 75-100 cities and by the end of the year we should be there across the country,” he said, explaining the roadmap for the network.

ONDC CEO was in Bengaluru earlier this week to talk to various stakeholders at an event organised by Synergia Foundation.

The network aims to on-board small sellers and some expect it to have the impact on ecommerce similar to what the Unified Payments Interface (UPI) had on digital payments. It is a “decentralised” platform without the need for customers and sellers to be on one platform.

“The open protocol enables discovery, ordering, execution, fulfilment, and post-fulfilment without mandating the provider and consumer to come to the same platform,” says a strategy paper issued by ONDC, which has been reviewed.

ONDC is also educating key stakeholders, including online merchants, that visibility on the network won’t be influenced by certain algorithms by ecommerce platforms — a growing concern among online sellers. Ecommerce firms maintain their algorithms do not treat sellers in a discriminatory manner while favouring others.