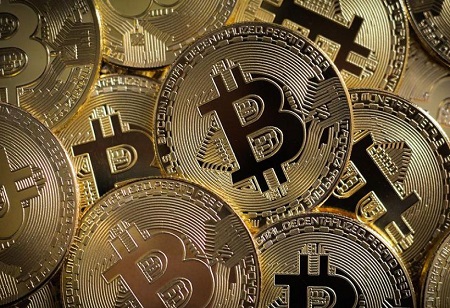 As Q2 comes to a close, cryptocurrency markets are facing one of the most significant downturns in the past decade, with industry leader bitcoin (BTC) shedding nearly $47,000 of its price since November 2021. That's the largest percentage drop in the world-famous asset since 2016. Other major and minor coins in the crypto space fell in with BTCs rhythm, with some diving even further in the same amount of time.

Two other factors affecting crypto markets in mid-2022 include the upcoming recession, ongoing inflation around the world, and the US Federal Reserve's recent policies. At the close of June, the Fed, one of the most influential financial bodies in existence, finished a harsh series of interest rate increases aimed at staving off inflation.

Not only did the Fed's tight money moves fail to quell rising prices in the US and elsewhere, but aside from shoring up the value of the dollar (USD), the action contributed to significant weakness in the cryptocurrency markets. Investors, who just eight months ago were sending BTC and other coins to record highs, no longer have access to enough capital to sustain their buying binges. The result is a coin market that appears to be mimicking recent downswings in the securities exchanges. Most of the world's stock indices have dipped at least 20 percent in the past few months as economies in the developed world continue to contract, money gets tighter everywhere, and inflation eats away at consumer confidence and buying power.

For crypto trading enthusiasts, the past week's news was especially painful. Already reeling from huge price drops in the major altcoins, higher interest rates mean there'll be less cash for tradingpopular coins like cardano, ethereum, and bitcoin. This is seen in price falls that affect the prices of cryptocurrencies against the US dollar, as well as in crypto derivative markets such as CFDs (contracts for difference). What will likely become a global recession by the end of Q3 is taking its toll on prices in every asset class not connected to commodities or petroleum, the two holdouts of the recent bad economic news.

One of the world's largest crypto exchanges laid off more than 1,100 employees in early June as the entire niche contracts. The support network for alternative currencies includes brokers, exchanges, banks, and independent traders who either buy and sell assets like BTC exclusively or include them as part of a larger portfolio.

Should BTC, the designated market leader, fall well below the $20,000 level, traders and investors might view that psychological threshold as a sign that key support levels have broken. In equities markets, that kind of downward trajectory often wears itself out and reaches a point where it attracts bargain hunters. In crypto trading circles, a BTC price south of $20,000 could spur a buying spree and higher prices.

This week, two bright spots for cryptocurrency owners and traders were the continued expansion of retail and institutional establishments that accept the new form of money as a legal form of payment. Amid a worsening world economy, there's abundant evidence that BTC and top altcoins will eventually establish themselves as a standard form of in-person and online payment.