Allocation Of Rs 19,500 Crore Added Under PLI Scheme Added For the Solar Module 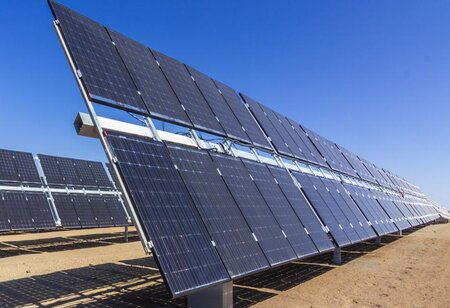 Finance Minister Nirmala Sitharaman said Rs 19,500 crore additional allocation under the PLI scheme for the manufacturing high efficiency solar modules has been made. This is Presented in the Union Budget 2022-23, she said financial support will be provided to the farmers to take up the agro-forestry.

Sitharaman further noted that the economy has shown resilience to come out of pandemic and "we need to sustain the level of growth".

"This is a big scheme and aid to create production capacity of 40GW to 45GW of solar equipment here (in India), which ranges from polysilicon to modules," Singh said.

In her budget speech Finance Minister Nirmala Sitharaman stated that for facilitating domestic manufacturing for the ambitious goal of 280 GW of installed solar capacity by 2030, an additional allocation of Rs 19,500 crore for PLI scheme for manufacturing of high efficiency (solar) modules with a priority of fully integrate manufacturing units for polysilicon to solar PV modules will be made. The minister also said, "(The) government has also provided for green bonds for investment in clean energy projects like green hydrogen".

Sitharaman also brought the proposal that as a part of the government's overall market borrowings in 2022-23, sovereign Green Bonds will be issued for mobilising resources for green infrastructure and also talked about co-firing five to seven per cent biomass pellets in thermal power plants, resulting in CO2 savings of 38 MMT (million metric tonnes) annually.