Airports segment to get massive boost as over ₹90,000 crore expected in 5 years 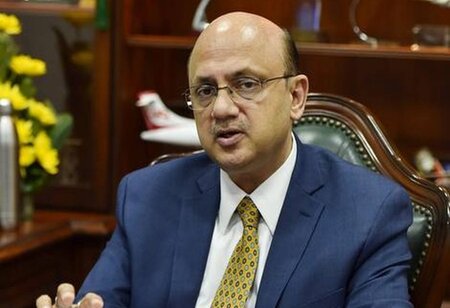 The Union civil aviation secretary Rajiv Bansal on Wednesday announced that the country's airports sector will get a massive boost as an investment worth ₹90,000 crore is expected over the five-year period, starting 2020-21 financial year. Of the total investment, nearly ₹68,000 crore will be coming from the private players and around ₹20,000 to ₹22,000 crore will be invested by the Airports Authority of India (AAI), news agency PTI quoted Bansal as saying.

The PTI report further said a new airport at Mopa in Goa is expected to be ready next year, and an aerodrome is also coming up at Navi Mumbai in Maharashtra. Besides, expansion works have been taken up at Delhi, Bangalore and Hyderabad airports.

Meanwhile, Prime Minister Narendra Modi will lay the foundation for the new airport at Jewar in Uttar Pradesh on Thursday. "Our (civil aviation) sector will rebound... We will grow faster than earlier," Bansal was quoted as saying.

The aviation sector was one of the worst-hit sectors by the coronavirus pandemic as international passenger flights to and from India had to be suspended in March 2020 to curb the spread of the disease.

Indians are currently flying under bilateral air bubble arrangements that allow passengers of two countries to fly with restrictions in place.

Earlier, the Directorate General of Civil Aviation (DGCA) extended the ban on scheduled international commercial passenger flights until November 30 allowing only international scheduled flights on selected routes by the competent authority on a case to case basis and allowing cargo flights.