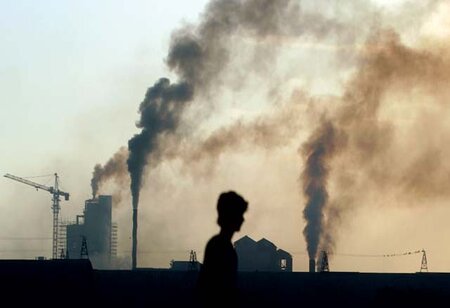 Air pollution costs Indian businesses ₹7 lakh crore ($95 billion), or an equivalent to 3% of India’s GDP, annually, according to a report created by the consulting firm Dalberg Advisors in partnership with the Clean Air Fund, as well as, the Confederation of Indian Industry (CII). The costs manifest in six ways. The pollution ends up lowering labour productivity and consumer footfall. It leads to premature mortality, lowers asset productivity as well as increases health expenses and welfare losses, according to the report. Out of these, employee productivity, consumer footfall and premature mortality impact businesses directly.

According to Dalberg’s estimates, workers take 1.3 billion days off work annually because of the effects of air pollution on their health, amounting to $6 billion in lost revenue. Air pollution has also been shown to have significant effects on workers’ cognitive and physical performance, lowering their on-the-job productivity and thereby decreasing business revenue by up to $24 billion.

The report said lower air quality also reduces consumers’ willingness to venture out of their homes, leading to lower footfall and $22 billion less revenue. All estimates are based on data from 2019.

The report is based on a quantitative analysis of four pathways through which pollution decreases profitability. These include premature mortality, presenteeism, absenteeism and consumer footfall. It uses air pollution data, historical traffic data, pharmacy sales data and data on premature mortality.

Seema Arora, deputy director-general, CII, said as per the survey insights, interviews and data analysis that went into the preparation of this report, it is clear that individual businesses – and their employees – have a direct stake in improving air quality. “While there is a need for a lot of thinking to be done here, the business solutions to this business crisis as per our findings include ‘greening’ business operations and supply chains, adopting renewable energy technology, mitigating emissions through CSR activities, and campaigning for more ambitious pollution policies,” said Arora. “We believe that through active and sustained collaboration between the public and private sectors, bluer skies and a healthier economy can soon become India’s reality.”

Sunil Dahiya, analyst, Centre for Research on Energy and Clean Air, said a healthy and free workforce and consumer base is the key to expanding businesses and the economy. “If their well-being, health and contributing capacity is compromised, the business and economy at large are bound to suffer. Air pollution is the biggest factor as highlighted in the report which compromises the capacity of individuals to work efficiently and of even being a free consumer as their activities are restricted by hazardous pollution levels.”

Anumita Roychowdhury, executive director, Centre for Science and Environment, called the report an important insight into how lowering of on-the-job productivity due to air pollution-related health risk remains unaccounted in the balance sheets of businesses that translates into massive revenue and GDP losses. “Such compelling evidence builds the case for a green economic recovery and mainstreaming of health criteria in our decision-making processes.”