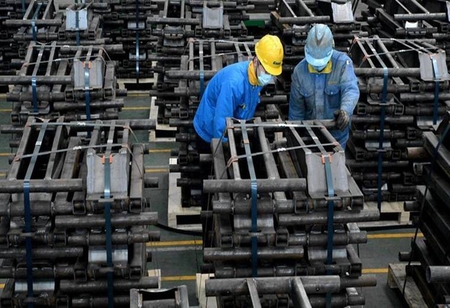 The list comprises some of India’s top conglomerates, renewable energy companies, and battery makers seeking to take advantage of the government’s ₹18,100 crore production linked incentive (PLI) scheme to manufacture lithium-ion cells. Through the scheme, the government is looking to appeal investments worth ₹45,000 crores.

State-run Bharat Heavy Electricals Ltd (Bhel), Exide Industries Ltd, Amara Raja Batteries Ltd, Greenko Group, and Renew Power have also shown interest, the people cited above told, requesting anonymity. These firms have in the previous few weeks informed government authorities about their commitment to take part in the PLI scheme for lithium-ion cell manufacturing, but with certain aid or concessions from the government, the people cited above said.

One of the three people cited above said the government supposes some of the native firms to partner with foreign firms to make investments in these projects. “Some of these companies also plan to engineer a shift towards renewable energy and reduce dependence on traditional energy businesses. Hence, manufacturing lithium cells gives them an opportunity to take a step forward in that direction, and with 50% of new vehicle sales expected to turn electric in the next 10-15 years, globally, there will be demand, and huge capacities will be required," the person stated.

The interest of some main Indian firms is a fillip to the government’s goal to turn the country into a global hub for the manufacture of electric vehicles and related parts by the turn of this decade. The government also anticipates that a greater share of EVs in total vehicle sales would help curb rampant pollution in the major cities. The PLI scheme also comes against the backdrop of India’s plan to reduce some of the conditions after some interested companies voiced concerns on eligibility criteria, penalties, and high localization norms to claim benefits under the scheme, as per a report. Interrogations emailed to the spokespersons of RIL, Adani Group, Tata Chemicals, L&T, Exide Industries, Amara Raja Batteries, Greenko and Renew Power on Monday remained unanswered.

“Bhel is exploring opportunities to enter into the area of manufacture of advanced chemistry cells under the GoI’s PLI scheme. We are exploring possibilities of partnering with leading global OEMs of ACCs for setting up one such factory under the Gol program and leverage our engineering and manufacturing experience, strategically located facilities, and capabilities," stated a spokesperson for Bhel.

“Both RIL and Adani are already working on providing a wide range of solutions in the EV segment and especially cell manufacturing. They also have to do this to move away from business-related to thermal energy or fossil fuels. The government thinks these big companies will be able to get foreign partners for technology transfer in their projects in the comings years," the second person cited above stated.

“Our company, a JV of Suzuki, Toshiba, and Denso, will be the first one to start manufacturing Li-ion cells in India. We are looking at all possible ways of expanding cell production in India," stated a spokesperson for TDS Lithium-Ion Battery Gujarat Pvt. Ltd.

The person said for firms in the energy segment, producing lithium-ion cells and establishing charging infrastructure for EVs would be high up on priority lists since it would create new revenue streams. Suzuki, along with Japan’s Denso Corp. and Toshiba Corp., has already built a plant in Gujarat, but its opening has been overdue due to the pandemic and other factors. Likewise, Tata Chemicals and Amara Raja Batteries have proclaimed plans to invest in the manufacturing of lithium batteries in India.