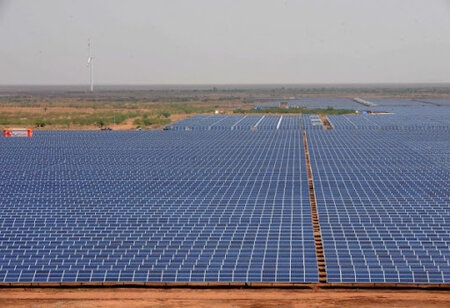 Adani Green Energy (AGEL) on Tuesday entered into a power purchase agreement (PPA) with the state-run Solar Energy Corporation of India (Seci) in order to supply 4,667 MW of green power. This is the largest PPA, the Seci, the state-run green power aggregator, has clinched with any producer; AGEL called the pact the world’s largest.

The contract is part of the solar tender awarded by Seci to AGEL on June 9, 2020. The tender envisages the setting up of 8,000 MW of generation capacity and additional 2,000 MW of solar cells and module-manufacturing capacity.

With the latest deal, AGEL has signed PPAs with Seci for a total generation capacity of close to 6,000 MW. AGEL said it expected to close the balance 2,000 MW PPA in the next two to three months.

The execution of the entire project is seen to cost the firm around Rs 45,000 crore ($6 billion).

“The solar cell and module manufacturing capacity of 2,000 MW will be established by 2022,” the company had said at the time of the award.

The entire deal was part of a 12,000 MW manufacturing-linked solar scheme, under which Azure Power, too, committed to develop 4,000 MW capacity. However, Seci has since been struggling to find buyers at the quoted price of 2.92/unit as tariffs dropped significantly in subsequent auctions and touched a record-low level of1.99/unit.

Low interest rates, declining solar panel prices and improved technology pulled down the rates. A number of foreign-funded companies keen on Indian market have leveraged their access to cheaper capital and quoted aggressively to win the contracts.

Gautam Adani, chairman of Adani Group, said, “Following the proceedings at COP 26, it is increasingly evident that the world has to equitably transition to a low-carbon economy faster than previously anticipated. This is why the Adani Group has committed $50-70 billion of investment in the renewables space. This agreement keeps us well on track to our commitment to become the world’s largest renewables player by 2030.”

As per Adani Green website, the company has 4,763 MW of operational solar generation capacity, while another 10,083 MW is under construction. It has 647 MW of operational wind generation capacity, while another 2054 MW of wind capacity is under construction. Solar cell and module manufacturing capacity is at 1,300 MW.