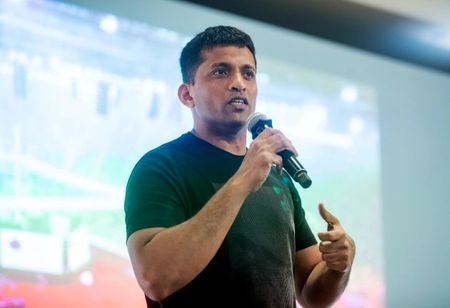 After reports surfaced that BYJU'S is yet to receive funds from US-based Sumeru Ventures, founded by spiritual leader Sri Sri Ravi Shankar, the edtech giant said on Monday that most of the funds have been received while the rest is on track.

In March, BYJU'S announced to raise $800 million from Sumeru Ventures, Vitruvian Partners and BlackRock. Byju Raveendran, Founder and CEO of BYJU'S, was also part of the funding round and made a personal investment of $400 million.

Reacting to a report by The Morning Context, the company said that "its fundraising efforts are on track and majority of the $800 million has been already received".

The report that came out on Monday claimed that Sumeru Ventures participated in a $800 million round in BYJU'S, "but the money hasn't come in and questions are being raised about the fund's antecedents".

On its $1 billion acquisition of offline test preparatory services provider Aakash Educational Services, the company said that its payments to Aakash are "closed" and the "audited financial results are going to be announced in the next 10 days".

The company was reacting to reports that it has delayed payments to the stakeholders as part of its $1 billion acquisition of Aakash Educational Services, to which the company earlier said that the acquisition process "is on track and is expected to be completed by August".

"In order to reduce redundancies across our organisation after multiple acquisitions, we had to let go of nearly one per cent of our 50,000+ strong workforce," said a company spokesperson.

"This retrenchment was a result of a strategic decision to improve business efficiencies throughout BYJU'S and its group companies," the spoesperson added, saying it continues to hire across levels.