Technology is Giving the Right Boost to Indian Agriculture 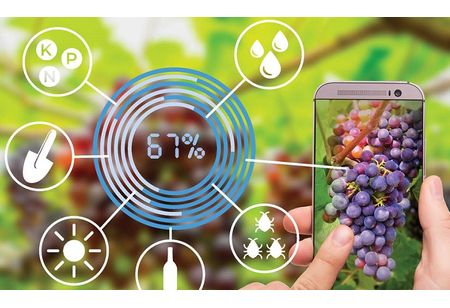 Agriculture industry is one of the most hyped industry and yet it is also one of the most untapped sectors that holds an immense potential to change the current standards of the country’s economy. Though agriculture in India is the primary source of livelihood for more than 58 percent of the country’s population, the agro-industry is in the clutches of numerous challenges like erratic rainfall, rising cultivation or management costs or even the country’s over-dependency on monsoon. To top it all, the supply chain involved that is dominated by complex-cum-middlemen worsens the farmers’ sufferings while the menace of overdosage of chemical is an issue which kills India’s healthy population, on the other side.

Today, most farmers of India are still struggling with traditional farming methodologies. However, with more than 560 million internet users, India stands as the second largest online market in the world, only behind China. And for India, by 2023, these figures are expected to be over 650 million internet users. With half of the 1.37 billion Indians having access to Internet, technical knowledge is no longer a distant dream for the agro-workers of the country. With omni-present internet and smart technologies that are available and accessible more than ever before, the Agricultural sector is not untouched from this development. With the advent of mobile and digital revolution in the nation, most start-ups have evolved in the agriculture space that are now carving a niche in the market by addressing the grass-root level problems to broader level management concerns through different solutions like farm produce aggregation, farm automation, farm management solutions, organic farming, and process innovations. The upcoming technologies and the constant support of the Government of India towards the agriculture sector has motivated the growth of numerous new Agritech start-ups over the last few years. These Government backed policies and the strong engagement of the industry and institutions has led to agriculture evolving into agribusiness in terms of approach and structure.

From using hydroponics and drones to setting up agri-equipment ventures, technology is not just providing efficient products and services to the farmers but is also aiding the consumers on the other hand. The exacerbate landscape of farming has paved the way for a new breed of technology-based start-ups which are completely driven by innovation and automation. With major tech innovation in the space, there has been vested focus on areas such as indoor vertical farming, adoption of automation and robotics, implementation of livestock technology, practicing greenhouse cultivation, use of precision agriculture and AI and much more. While India’s farmers hesitate to come out of the comfort zone and give up on the traditional sources, it has been proved over recent years that the use of modern technologies in Agriculture can be the key factor driving farmers to success. Numerous consultants like NABARD and many more have stepped up to help farmers in this journey, in the years to come, the idea is to use modern agricultural technology to achieve more in terms of not just the country's growth and success but also the farmer's development.