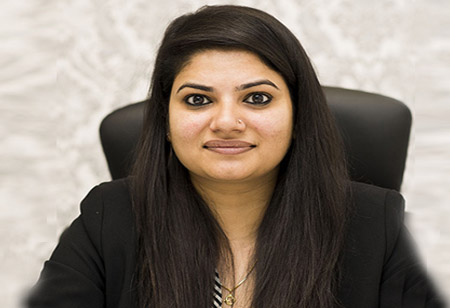 Headquartered in Heibronn, Admitad is a name for affiliate programs. and has more than 1,700 advertisers and over 700,000 publishers in its platform. Neha is a recognized expert in the Indian affiliate marketing for years and has been honoured as one of the 50 Most Influential Digital Marketing Leaders 2017 by CMO Asia and the World Marketing Congress

When it comes to business, women cannot be confined to an industry or a sector. This wave of change has erupted both in the organized and unorganized sector where women are now breaking the ceiling to start their own enterprises and step into domains where they were not initially welcomed. For the longest time, women have been believed to lack rigor and enthusiasm and consequently were deemed unfit to participate equally in a salaried work setting. Disproving this popular belief, today, a significant percentage of Indian women own various businesses ranging from small start-ups based out of their homes to multimillion dollar companies. They are  moving into the workplace by displaying a sense of autonomy in their personal and professional decisions and shattering the idea of it being a men's sphere.

Now, it isn't uncommon to see women holding administrative posts like of CMOs, CEOs, CFOs, COOs, and others in multinational and national companies. The corporate sector is now involving women in key strategic projects, giving them greater insights and equipping them with the capability to lead the organization. Even in the visual and performing arts stream, women are emerging as sector leaders.

The key attributes behind this success are passion, skill, and ability. Skills, opportunity and passion merge together to create a sense of ability. It gives females the power to do, to organize tasks and to create change with a solid awareness of self, and confidence in their abilities and competence. My motto, `If you believe, you can achieve' perfectly exemplifies this potential to create change. If you have faith in yourself and your goals, there is no power whatsoever that can keep you from accomplishing them.  But the road to growth and success isn't an easy one.

Women have to handle and balance two portions of their life, domestic and professional, simultaneously. A misbalance can create disharmony, which only burdens them. It is only when one is happy at home, one is happy at work. This is a grass-root level problem which acts as a deterrent for both women and employers.

Many multinational companies are now in the process of enforcing more flexible and friendly policies and making it easier for women to seamlessly juggle their roles. Companies can truly benefit by ensuring gender diversity in their organisations. Both women and men enrich the workplace discussions and influence decision making with different perspectives. Identifying talented women employees at an early age and nurturing them to become future leaders is one of the important efforts an organization can make. Especially in developing countries like India, where women are not behind men in terms of skills and creativity.

However, even after such monumental the ill shadow of pay gaps and gender based hiring still mars the country. As per the International Labour Organisation the rate of women employment growth has reached from 19 percent to 18 percent in 2017. Despite of organisations adopting fair practices, women typically earn 142.5 less per hour than men. Further, female supervisors are paid 181.6 (59.3 percent) less than male supervisors, and non supervisors are paid 49.4 (23.5 percent) less. This means that the pay gap more than doubles for women in higher positions. Studies have proven that the determination of wages within the workforce isn't affected by experience and education but by gender. This clearly exhibits a trait of informality within the sector.

However, the digital sector is far different in terms of gender biased hiring and decision-making system as well as salary structure. In the digital industry, companies need employees to be skilled on some level, but also be willing to learn and adapt. Ability is the cornerstone of occupational development and is rooted in opportunity, so the onus of providing equal opportunity falls on employers and other supervisors. Therefore, through promoting women participation in key decision making in the marketplace, companies innovate and increase their revenue generation.

There is more to this industry when it comes to promotions. At the core of digital industry, affiliate marketing preferably appoints women at higher positions and managerial desks and focuses on enhancing their skills and gets the best results out of their abilities. This sector exclusively provides opportunities for women to handle work with equity and effectiveness. Especially if we talk about Admitad as an international organisation has maintained the ratio 50:50 for men and women employees with ZERO pay gaps.

However, that does not mean that stereotypes about women do not exist. In the private sector, retention of women is a major problem. Thoughts on the capabilities of women, what they can do or cannot do come in the way of selection or placement even if they are qualified and hold higher education degrees. Managements should aim to base their selection process as per the abilities, skills and conceptualization of the candidate rather  than their gender.

Nevertheless, the scenario is changing slowly. Being successful employees while fighting off these occupational deficiencies proves the kind of passion females have always attached to their work. Women are pursuing their profession by following their passion. Organizations are now becoming gender blind and skill aware in their hiring operations ensuring that everyone is judged on the basis of the strengths they can use to benefit the company and ultimately, themselves. Companies are also ensuring the work environment they provide is a level field for every individual to succeed and reach her full potential.