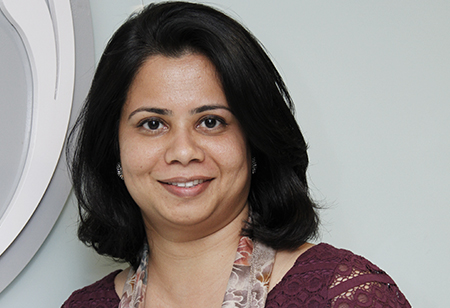 From the discovery of agriculture to finding better ways to manage households, women have always had an entrepreneurial instinct. As a child, I saw my grandmother support other women in the community through micro financing, mentoring and coaching them on financial independence. Despite such community support dwindling over the years, the government and other support groups have taken up the task to help women through their entrepreneurial ventures. Although, a lot of effort is put to promote businesses led by women, it is time that we look towards creating the entire ecosystem to support such initiatives.

Some say 2016 will be a game-changing year for India, which is vying to make the process of beginning and developing own businesses an easier task. In fact, some think that this year India could even leave the U.S. behind in new businesses. While men have traditionally been the face of Indian entrepreneurship, the environment has changed dramatically to accommodate more women entrepreneurs. Today, the concept of a woman entrepreneur no longer elicits surprise or curiosity in India. Entrepreneurship is no longer just a hobby a woman dabbles with occasionally; women entrepreneurs are now seen as icons of business who defy stereotypes to set benchmarks and bring in change. According to Inc. magazine, of the 48 million businesses in India, 98 percent of the women entrepreneurs feel their businesses will garner socio-economic change.

This revolution of rapidly growing entrepreneurship is expected to generate jobs, contribute to GDP and most of all expected to transform the face of women-led businesses in India. Despite the expected progress in women entrepreneurship and the government’s push for it, the growth comes with a plethora of challenges for women.

A NASSCOM report estimates that only 9 percent of start-ups are led by women. While this may seem small, the fact that this is a constantly growing number is something to bank upon. The irony however, is that most women find funding as their biggest challenge while taking the initial baby steps to turn their idea or product into a business.

Despite the evergreen dialogue about women empowerment and equality, there is a patriarchal stereotype even in entrepreneurship. Women entrepreneurs are readily accepted in their experimentation with sectors like personal grooming and cooking, but the fields like IT, finance, and real estate are still largely considered to be a man’s space. The tougher task becomes explaining to investors why they chose such fields, their relevance in the industry, what they are bringing to the table and the next-to-impossible task of ensuring an investor that they too have a business acumen. A report by Global Entrepreneurship Monitor (GEM) estimates about 39 percent of businesses run by women are funded by family and friends.

The Indian government has stepped in to help female entrepreneurs with funding their businesses through various programs and drives. While the MSME Ministry helps women with trade training information and counselling, the Ministry of Women and Child Development launched a website named “Mahila-e-haat” that allows entrepreneurs to register their products without paying a listing fee. State governments too have begun programs to make funding easier for women in hope to see a spike in female entrepreneurship.

The question then arises whether the women, for whom these programs are created, know about them. There is a lack of awareness, especially among the women in rural areas who are not just opening businesses to support their families, but are also key in bringing about a socio-economic change. One solution to this could be education drives, not just by the government but by other organizations too who are or are hoping to be involved in funding them.

These will help them understand how to scale up businesses and get funds, and will also contribute to enforcing equality at the ground level. And given that a majority of our population lives in rural areas, encouraging women to be independently productive will minimize the rigidity that a large number of women in the country feel against them.