Where Do Gadgets Go to Sleep? 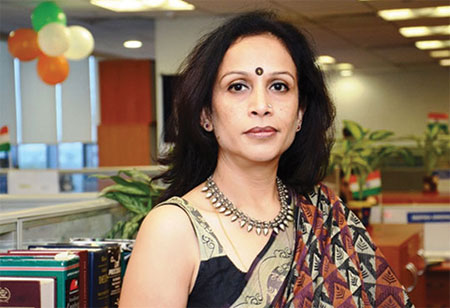 Walk around any city and the degree of proliferation of gadgets (here, mobile phones) can neatly summarized with a conversation that all of us can relate to. It would start something like,

“Why? You got this one just six months ago”

The above conversation is an insight into the minds of the consumer and what triggers their buying habit and it is not just restricted to mobile phones, even if the latter’s trend conscious consumer go through more cycles than with other gadgets. The reasons could vary from an upgrade, it could be a new feature, or even how something looks, but little thought is given once a fickle consumer’s mind is ‘made up’; thinking about what happens to the device isn’t even close to qualifying as an afterthought. In fact, chances are that you would have already thought of the next gadget you will ‘add to cart’ the moment you read this headline. But we need to conscientiously think about it.

Thanks to our increasing reliance on technology, the past couple of years have seen a significant increase in the amount of e-waste. So, what is e-waste? Simply defined, it is the digital, electrical and electronic equipment that is no longer in use, as in electronic waste. Technically, it is addressed as WEEE – Waste from Electric and Electronic Equipment. The global e-waste count has increased at an alarming rate over the past 10 years; it is one of the wastes, which continues to pile up and is showing no signs of slowing down. In 2011, the global e-waste count was 41.5 million tons and looks all set to go past the 93 million ton mark by the end of 2016.

While we continue to voraciously consume gadgets at a gluttonous rate, e-waste has gradually turned into one of the biggest challenges for experts onwaste management.

Even here in India, officials are fretting about the relentless accumulation of e-waste. Recent statistics showed that 10 Indian states contribute more than 70% of the total e-waste generated. Urban India is generating nearly 1500 metric kilo tonnes of e-waste every year. This has put India fifth on an infamous list of e-waste producing countries. India’s e-waste is growing at a rate of 30 percent annually and is the victim of the ‘make, use and discard’ culture that has engulfed the entire world and is turning into an epidemic. But the effects of e-waste isn’t restricted to the waste alone as it now affects a disquieting ecosystem that should make the public sit up and take notice.

Currently, about 5 lakhs child labours between the age group of 10-14 are observed to be engaged in various e-waste activities with an absence of proper supervision or guidance. It is a matter of grave concern as waste contains highly corrosive and radioactive elements which require careful screening and handling prior to waste management.

It is most definitely no place for rag-pickers and children as their presence presents a calamitous risk to health. But where’s the awareness?

The majority of Indian population has no inkling about how to handle their e-waste and continue to either sell it to the scrap dealer or throw it with their regular household garbage. And this garbage is hazardous!

TVs have high levels of lead, which is extremely hard to dispose; circuit boards, semiconductors, and copper wiring are hard to dispose and they also contain poisonous substances such as arsenic, beryllium, cadmium; PVC’s are known to have carcinogens. The list goes on. This makes controlling and managing E-waste here in India of critical importance.

The safest way to treat e-waste is to recycle them. But herein lies another challenge.  Approximately 1.5 percent of the e-waste in India is recycled by formal recyclers, while a 9.5 pecent is done by informal agencies. These informal agencies at work have their own recycling units. But lack of proper training, use of child labour and redundant equipment and processes are, in themselves, a huge threat to the people and the environment. In fact, 76 percent of the workers in these e-waste plants are said to be suffering from respiratory ailments.

On the positive side, there are some companies such as ECORICO, E-Parisaraa, EWRI, Attero, and WEEE Recycle that have tried to bring about a more formal system of e-waste collection and sorting pan India. Industry body such as Consumer Electronics Appliance Manufacturers Association (CEAMA) and manufacturers are working towards supporting the government initiatives. Some of the challenges that spring up are:

• Building awareness among consumers, dealers, members of supply chain and manufacturers, on the law created for safe and responsible disposal of end-of-life products

• For customers, an Advance Recycling Fee (“ARF”, or Advance Disposal Fee, “ADF”) as a part of the purchase price

• Rapidly increasing e-waste volumes via imports disguised as donations towards bridging the digital divide or, as metal scrap need to be controlled

The consumer durable market in India is set to touch $29 billion, meaning that India will be producing an enormous amount of electronic items in the next four years. To suffice the demands of manufacturers, more copper, silver and iron ore will have to be either mined or imported into the country. A simple recycling habit will not only cut down the carbon footprint but in an environmental chain reaction help curb down the growing environmental hazards in different sectors.

We need to act before things spiral out of control as the initial negligence can lead to a disaster of epic proportions. So next time you buy a new gadget start thinking about the environment, the vicious circle it undergoes and most importantly, do you really need to discard your old one!