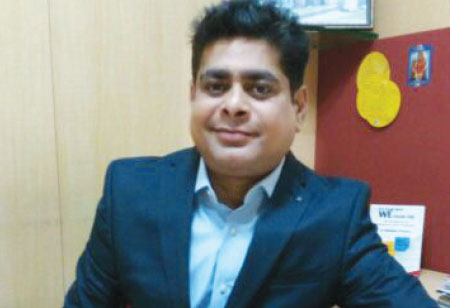 India has registered an exceptionally high growth in terms of the population of High Net Worth Individuals (HNWI) & their wealth after the financial crisis. A study published by Markets & Markets stated that HNWI in India consists of 8 percent of the total wealthy households, but constitutes around 45% of the total wealth & around 69 percent of the Indian HNWI population is in the age group of 30-55, which has long term investment plans and thus requires financial planning and advisory asset management. Also, with strong economic future outlook, stable government, GDP growth rate nearing 9% & policy reforms taking off, India’s growth story is making it increasingly attractive market for wealth management firms. This trend is expected to continue, with India estimated to become the third largest global economy by 2030. Indian HNWIs have a limited understanding of the risk and returns associated with investment products and thus require personal attention and assurance from wealth managers which has led to a growing importance of face to face relationship management.

Investors now demand greater levels of transparency and far more thorough due diligence than ever before. Disappointment with the past paradigms of the investment management industry, combined with an increasingly sophisticated and more risk-averse investor base, has led firms to adopt far higher standards of transparency, investor communication and fund governance. Firms have also initiated more investor education and more powerful and robust technology-driven client interface tools. Requests for third-party reports have gained importance as they have become an effective tool to communicate essential information about a manager’s internal control structure, risk management and operations. Credibility is not just performance, it is the key to build successful investor relationships, enhancing distribution efforts and seeking new growth. Also, from traditionally concentrating on metro cities, wealth managers have now started focusing on Tier II and Tier III cities by setting up their operations there. Among the institutions operating in the wealth management industry in India, banks are largely dominating the space with players like ICICI, HDFC, and Kotak.

India's homegrown wealth managers are hiring more staff and expanding in smaller cities, seeking to attract rising numbers of newly minted millionaires as high costs and regulatory restrictions drive some global rivals to scale down. India was the last year’s world fastest growing wealth management market, according to a Capgemini and RBC Wealth Management study published in June 2015. Spurred largely by rising personal income as well as a boom in e-commerce start-ups they have also attracted foreign investors such as Japan's SoftBank Corp and Singapore's Temasek Holdings.

To take advantage of this growth, local firms such as IIFL Wealth Management and Kotak Wealth Management, which have long dominated the industry, said they have planned to add more branches and bankers within months. New players are also set to break in, with the State Bank of India saying it plans to start offering wealth management services this year for the first time. A lot of new wealth is being generated by promoters selling their stake. This is a good opportunity to cater to this underserved ultra-high net worth segment.

Firms are now keenly focused on managing regulatory change, risk & volatility and rapidly positioning themselves to compete for market share. Many firms have been forced to consider redesigning their business operating models as part of a renewed strategic focus on aggressive cost control, operational efficiency and strict regulatory requirements. More importantly: growth has returned to the industry. Lines are blurring, both in the regulated and alternative spaces, as managers look to diversify revenue streams and find new opportunities. Firms must fully understand how the distribution game has changed, both globally and locally, and how to most effectively increase revenue and improve margins. The key to success in all markets—emerging and developed—is a strong focus on customers and their changing needs, along with robust technology distribution platforms.