Views and Opinions about Media Sector in India 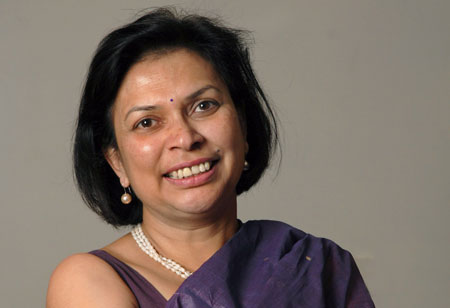 Every day technology is disrupting the way we work, shop, seek medical expertise, communicate, engage  socially, market, sell, bank and even the way we get news and information. Media in India finds itself at the cusp of huge changes in gathering, cascading, buying, consuming and technology.

India’s media and entertainment economy is growing rapidly and is among the world’s youngest nations with more than half a billion people under the age of 25. With such favorable demographics, increasing per capita income, a growing middle class and working population is generating huge demand for media and entertainment.  The recent arrival announcement of Netflix –the big daddy of online entertainment bears testimony to this fact.

Analysts predict that the inclination to spend more on media will grow faster than the economy itself. While the importance and readership of printed newspaper has not declined, media houses have already built digital platforms or are investing in technology for multiple digital platforms.

New technologies like Virtual and Augmented Reality will bring in further disruptions and completely different dimensions to audience experience. Already India’s leading media house The Times of India uses an Augmented Reality app called Alive to engage print readers. The Times of India readers just don’t read the news, but easily and at the click of a button, share the story across social media networks, from Facebook, Twitter, stumble upon to hundreds of other platforms. Readers can also comment, vote, forward or even print the story.

Will technology change and continue to change the media scene in India? Already millions are accessing news and content on phones, pads and other gadgets and devices. Ever since digital filming, mobile captured videos and cameras like GoPro, are creating audio- visual content cheaply and instantly, this in turn has led to numerous local and vernacular media channels on WhatApp and other technology to relay news and entertainment.

News curation is another new buzzword. In India, we see platforms like Inshorts –an app, which enables its audiences to read the most important news stories in 60 words. This startup was founded in 2013 by  Azhar Iqubal, Anunay Arunav of IIT Delhi, and Deepit Purkayastha of  IIT Kharagpur. The idea came from a personal pain point; the founders did not read long form news and found it tough to keep abreast of national and global news and information.

And look at some of the others -Chiki Sarkar who quit Penguin founded Juggernaut, a mobile-first content start-up.  And, there is Rohini Nilekani, along with industrialist Azim Premji, who have formed a trust to fund independent, public spirited media across technology platforms.

The Indian media now finds itself at a new inflection point — the ever growing hunger for digital media and content. Indians are expected to own 500 mn smart phones by 2018 and the industry is gearing up with meeting that demand through technology based solutions. India is also seeing a surge in low cost mobile phones where these devices will reach more and more people even in the rural areas. Its increasingly wired population and with the next 6 bn who will soon come online, the media game is going to be dynamic, bloody and disruptive. In addition to this, the expanding literacy and improved living standards in its wake will drive media consumption. The reason for the change is clear- the consumer or the media customer has completely changed. The customer now decides the patterns, the time, the simplicity or complexity, the platforms, and the type of content- written, read out as in a podcast or as a video, is completely in the hands of the individual.

On its part, the government is actively cooperating with regulatory bodies and media companies to introduce reforms that support the development of the Indian media industry. The government has raised the foreign direct investment in direct to home / Satellite TV and cable segments to spur growth.

According to IBEF, “The Indian media & Entertainment sector is expected to reach US$ 100 billion by the end of 2025.” Even radio, the laggard in media is rising to its previous post war glory with over 800 frequencies in three and four tier towns, radio is expected to exceed print.

BCG’s report “Shaping the Industry at a Time of Disruption” expects “India being a significant global player in this sector—it has world’s third largest television viewership base (after the US and China), the world’s second largest print industry (in circulation terms) and produces the highest number of films worldwide”.  The report also says “that the next decade could fundamentally transform the sector, thanks to the digital media.”

The question really is - Is the media industry ready with ideas, technology and investments?  Indian media organisations that do not do so will find themselves ruthlessly affected.