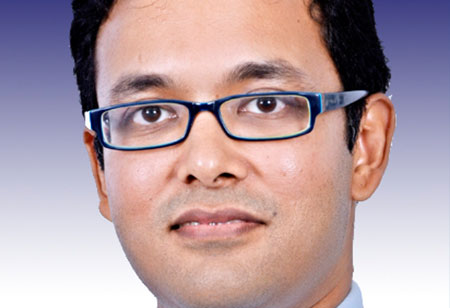 Transfer Pricing law in India was introduced in Financial Year 2001-02. In the decade gone by this has resulted in a lot of litigation. Transfer pricing adjustments account for more than 50 percent of the total direct tax litigation. In the year 2015, tax authorities have made a total adjustment of around `46,466 crores.

This leaves one pondering with a basic question as to what are the real reasons for such litigations. Is it always the revenue department to be blamed or are there really some lapses at the taxpayer’s end?

For finding answers to these questions, let us try to understand the very basic concept of transfer pricing. Transfer Pricing simply means that the price at which the transactions are executed between two group companies (commonly called as Associated Enterprises). The revenue department expects that the said transfer price should be equal to the price at which one company would do transactions with another unrelated company (such transaction value is commonly known as arm’s length price). Further, real-time documents (commonly known as ‘contemporaneous documentation’) should be maintained to show / prove the arm’s length pricing.

Most of the Multi-National Companies (MNCs) do follow the above principle of concluding transactions with group companies at an arm’s length price as they are treated as separate cost centers having their own set of profitability targets. However, what really happens is, because of the fact that they are group companies, many transactions happen in a very informal manner where verbal discussions take precedence over well documented papers.

Another perspective is that MNCs consider overall profitability of its multi locational companies as one group whereas the revenue department views each company in the Group as separate entity. This is where revenue department of each jurisdiction would like to protect the tax base of their respective jurisdiction. This poses a very practical and severe challenge before the corporates of substantiating the arm’s length value of the transaction(s).

There could also be situations (i) where the transactions are very confidential which result in a resistance to share the related documents with the in-house tax personnel / tax team (ii) no set standards/processes in which transactions actually take place resulting in post-mortem of the group company (related-party) transactions at the time of preparation of Accountant’s Report to be filed along with the annual corporate tax return. This eventually results in real unproductive time by running from pillar to post to “somehow satisfy” the tax consultant who would issue the Accountant’s Report. To make the situation worse, the person involved in finalizing the transfer pricing study does not remain with the company when the transfer pricing audit is actually conducted after virtually three years of relevant year closure.

In these situations, rather than blaming the revenue officials for making huge adjustments, it would be a real good idea to introspect and attempt to make some procedural changes which could easily help in facing the difficult requirement of ‘contemporaneous documentation’.

Some of the suggested changes which could easily be implemented by the corporates to overcome the above mentioned challenges are (i) spread awareness amongst all the business units and sub-departments of what is transfer pricing and what is really required out of them (ii) implement the process of real-time documentation by having the group company agreements run past through the in-house tax personnel/tax team which could raise the red-flags well in advance resulting in absolute avoidance of any transfer pricing issue rather than trying to salvage  the situation at the time of transfer pricing audit (iii) implement the process of holding periodic discussions individually with each business unit to ensure that not a single group company transaction is missed out from reporting in the Accountant’s Report thereby leaving the company with a potential risk of penalty on account of non-reporting of transactions (iv) one can also have a very simple process of maintaining documentation to prove that the payments are towards genuine services from group companies by collating the relevant attendance logs, correspondence emails, plans & projections, presentations, etc. before approval from finance department towards any remittance against those services.