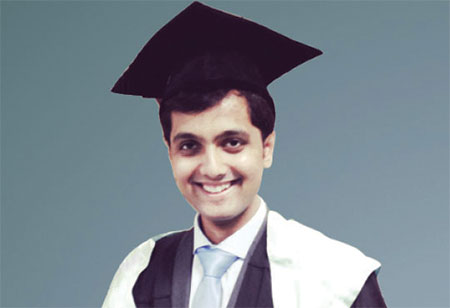 Business historian Alfred Chandler proposed his thesis in 1962, observing that successful companies evolve their organizational structures based on their strategies. But not all businesses are same and not all strategies are replicable. And when it comes to M&A, it is even more difficult to untangle cause and effect. Though it might be true that the organization which shifts from a functional, monolithic organizational form to a more loosely coupled multidivisional structure dominates the growth trajectory, but the challenge has become more complex.

M & A’s differ from “normal” change processes as their very nature requires establishing a new corporate identity and a methodology for cultural integration. Serial and even less frequent deal-makers are eager to sustain momentum and growth by applying the leading practices and knowledge they’ve gained from previous transactions. But not all deals are the same. Alignment of human resource capabilities with merger specific objectives, change management and handling of integration processes along with a sound communication strategy are the differences between a successful and a failed merger.

One of the reasons that so many companies fall behind at managing integration and cultural differences is lack of resources and formalization. When the deals are global, the cultural aspect is magnified for not only organizational cultures mixing, but also national cultures. Finally, most transaction advisors are hired to focus on narrow but complex technical issues rather than on broader strategic and cultural dynamics associated with the integration of two companies. Thus, they may lack perspective for anticipating what may turn out to be a major issue after the merger. This is where the breakdown in global M&As most often occurs, catching senior executives off guard and leading to prolonged and costly efforts to improve situations
that could have been anticipated and avoided.

Most successful companies develop a repeatable model - a unique, focused set of skills and capabilities that they can apply to new products and new markets over and over. More active companies seem to lean towards standardization. Looking at integration, executives of companies with standardized teams in place are significantly likelier to have the right number and quality of people in place to meet their aspirations. Standardized deal teams tend to be both more experienced and more capable of realizing value that cuts across functions and look at the ‘Intangibles’ like culture, brand, customer loyalty and employee engagement. Successful companies go beyond structure to define their entire operating model, the blueprint for how resources are organized and operated to deliver the strategy.

An M&A practitioner’s role is like that of an orchestra conductor who is responsible for bringing the various musicians together in unison. Depending on the nature of the deal and its underlying strategy, different levels of attention must be focused on the human element of the combination. Consulting roles during mergers and acquisitions evolve around three different but overlapping phases starting from pre-combination preliminary planning to early integration implementation during combination and finally post-combination aftermath. However, M&A consulting is far more piecemeal and reactive, as different consultants are brought in to help resolve a particular problem that emerges in one aspect or another in the overall process. Such transactions implicate the full gambit of services, so it is not uncommon for M&A associates to work closely with other groups. Accordingly, the ability to multitask and to meet deadlines while multitasking are of utmost importance.

Measuring the value that mergers and acquisitions create is an inexact science. The basic math here is that profitability is about performance, but performance is about people be it one or collectively. It’s critical for companies to take a systematic and fact-based approach to understanding corporate culture if they hope to retain critical people and capabilities after a transaction. Clear senior guidance is crucial to successful transactions and thus, executive teams should spend more time building a shared understanding about the role of M&A in executing strategies depending on the type of M&A that organizations should pursue.

As they say, a pilot gains confidence at the controls through experience. The future of M&A Consulting revolves around the human aspect of integration and will remain an ongoing challenge for organizations with each one having its own unique and idiosyncratic dimension. At the same time, companies have an opportunity to boost their chances of making successful deals if they formalize their approaches to M&A planning and ensure that know-how is broadly disseminated. In order to reap potential bottom-line benefits, make M&A an extension of your growth strategy where people, culture and leadership are the game makers or breakers. It is also critical for companies to retain talent and establish the culture to make the most of the different skills, values and insights available in acquired organizations.