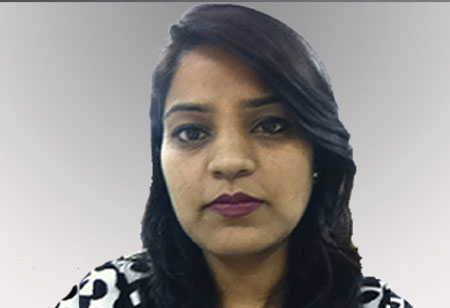 A culture of innovation can only be promoted when “copying” of someone else’s’ work is seen as a stigma and when innovation& creativity is celebrated. Scholars have known the importance of Intellectual Property Right (IPR) protection as a tool to nurture a culture of innovation for some time. There remains no doubt in stating that the grant of such right, through a patent, i.e. for a limited time period following registration at Intellectual Property Office, encourages creativity and progress of Science & Technology besides promoting competition. India, understanding the value of innovation and IPR, became a signatory to the international agreement TRIPS at the World Trade Organization in 1995. After enjoying the transition period of 10 years, in 2005 India ratified the treaty and amended its Patent Law introducing patenting of products, a clear improvement from past practice. Prior to this, India had offered patenting of process (product claims were not allowed).

The current Government’s awareness on the benefits that IPRs provide to the Indian economy is evident through its slew of interesting initiatives that merge technology with IPR, such as ‘Start Up India’, ‘Stand Up India’, ‘Digital India’ and so on. As established by the Ministry of Commerce and Industry, start-ups are requested to be technology and IPR-driven in order to be able to enjoy subsidies, funding and other Government support. Education on IPR is also deemed pertinent: for instance the University Grants Commission (UGC) has called all Vice Chancellors to include IPR as an elective subject. This will allow education to young students, enabling a mindset change, thus fostering a respectable IPR culture. Moreover a recently incorporated ‘Special Patent regime’ permits a lowered tax burden (from 30 percent to 10 percent) on royalty earnings on patents developed and registered in India. As explained below, India’s Patent Regime is a testament to India’s progression on the path of the knowledge economy. India has become a trend-setter in maintaining a very delicate balance to ensure that there is a free flow of information, public interest, progress of science and technology, and availability of useful innovations.

Patent Filings in India Throughout the Years: A (Hi)story of Innovation Potential

For the trend of domestic filings to improve and to boost domestic patent filings, it is advisable to build nation-wide sensitization on the importance of IPRs, ease administrative procedures, create and continue to build capacities of IPR trainers/mentors etc. Additional initiatives would be welcome to further promote the culture of innovation. For instance, one could think of adequate incentives so that innovation forms part of DNA of every company and each individual. The laws of countries like Germany, Japan, and Australia provide profit sharing between the company and the employee-inventor if the company chooses to claim the invention created by the employee. This encourages employees to be creative and share their ideas with the company they work for.

As discussed above, the Indian government has gone through several initiatives in recent years which have provided an excellent basis to foster the knowledge economy in India. In order to promote innovation in India it is not necessary to implement drastic reform in the current patent system, but rather to encourage a mindset change that builds a respectable IPR culture. This ambitious goal could be achieved by combining several soft initiatives. For instance India could: (1) establish a Think Tank that can serve as an institutional memory to the nation creating/updating IPR repository, (2) introduce a second tier patent protection (such as utility models) in the patent system, (3) put in place policies and laws under which companies reward employees who create and share successful inventions and (4) institute Indian Intellectual Property Service cadre (IIPS) like we have IAS, IRS etc. to bring out pool of IPR savvy professionals. Following these and other initiatives India could achieve its full potential in the market place, for the benefit of its economy and society.