Then & Now: The Evolution and Growth of Pollution Control 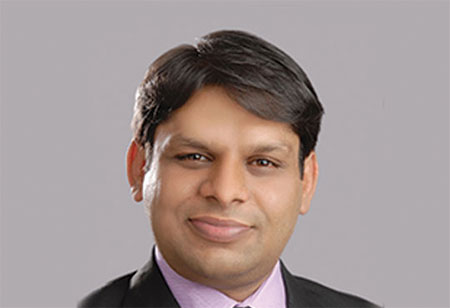 Ever wondered why word like pollution comes into one’s mind with a suffix ‘Control’? Is it because of its direct co-relation with the day to day chaos in everyone’s life, further pilling up on non availability of  water for drinking, fresh air for breathing, unbearable traffic noise and footpaths full of garbage making no place to walk on street?  Straightforward, link can be established between history of pollution and arrival of men at this planet. Settling down of human at the earth demanded more and more virgin land to accommodate large settlements by distressing the natural topography and adding more material in ecosystem disturbing  fresh water, clean air and productive land.

Impact of various activities depends upon the intensity of the pollution discharged in immediate environment. Disposal of sewage on land up to 1500 AD or even in the 17th century at some places as a common practice can be termed as non-significant in that context. Similarly, manufacturing which used to be at homes by using hand tools was not a major issue from pollution point of view. Izaak Walton in his book The Compleat Angler; first published in 1653 in Britain on fresh water fishing, establishes the fact that river was pollution free as they were full of fishes.

Birth of machines in late 17th Century was the turning point where origin of pollution also marked in history of development. Manufacturing shifted to large-scale factories making processes more efficient but overall pollution load started to grow exponentially along with the industrial growth. Though each and every aspect of life was greatly influenced, but quality of life in towns started deteriorating due to dumping of garbage & waste water on the streets till the development of sewers in 19th Century clearing the streets by transferring load on the rivers and making them highly polluted.

Thames, one of the cleanest rivers of the world was highly polluted at that time and had cost forty thousand lives due to eruption of an epidemic in London in mid 19th century. Tragedy prompted for regulatory control for pollution prevention that proved to be very effective. Regulations related to air pollution was result of London Smog in 1952 causing 12,000 lives. In USA and Europe, pollution control regulations started appearing in the beginning of 20th century only. For preventing water pollution and clearing the nuisances at Bombay and Colaba harbour, first regulation was introduced in 1853 probably just after London tragedy.  Post independence, development in the country was at a high pace and we were lagging behind in laying out regulatory framework for pollution control. This was also the time; when whole world started looking into certain global issues important to survive living on earth and first ever U.N. Conference on Human Environment was organized in Stockholm in 1972. Understanding the seriousness of the issues, Smt. Indira Gandhi the then Prime Minister was the only foreign head to attend the conference to present the views from the third world countries.

She emphasised the strong legislative framework for survival and so a series of environmental measures were taken. Parliament passed the first legislation as Water Act in 1974.  Under this act, Central and State Pollution Control Board were established to monitor the pollution. Industries were given mandate to discharge effluents as per Minimal National Standards. During the emergency in 1976, 42nd constitution amendment further strengthened the framework by making states and citizens responsible to protect and improve the natural environment. Central Government established Department of Environment in 1980 to implement the various measures and Air Act was enacted in 1981.

In spite of various control measures; in 1984 we faced world’s worst industrial disaster Bhopal Gas Tragedy affecting 5,00,000 humans. Soon after in 1986, comprehensive umbrella legislation, Environmental Protection Act was adopted empowering central govt to make various acts/rules to take effective control measures for quality environment. We are just completing a decade in September 2016, when prior environmental clearance (EC) was made mandatory for various developmental projects including town development and real estate.  Recently various Acts/rules have been amended in line of technological advancement and to meet present requirement.

It is hard to imagine existence of human life without intimately connected with natural environment established through millions of years of evolution. Even the very first civilization like Mohan-je-daro and Harappa had drains for disposal of wastewater from the settlement to make them more habitable. To ensure healthy environment for everyone as assured in constitution, National Green Tribunal Act 2010 was enacted for fast disposal of environmental matter.

Undoubtedly, prior project clearances have significantly helped in protecting the environment in the country. Concept like industrial ecology, state of the art computerized manufacturing process and strong legal framework has changed the horizon of pollution.  Industries are accepting the business case with the pollution mechanism and started converting the associated cost into revenue. To compete with the peer groups, companies are being branded as Green/Zero - Discharge/Carbon Positive Company and creating a positive image among the stakeholders. Worldwide Capital Markets are also tracking the environmental performance through various indexes and building confidence among the shareholders. Sustainable development is talk of town. Since industrialization era, continuous evolution in pollution control has helped in sustained growth so far but a committed revolution is indeed required to create a new story for a better planet.