The World of Influential Media Consultancy 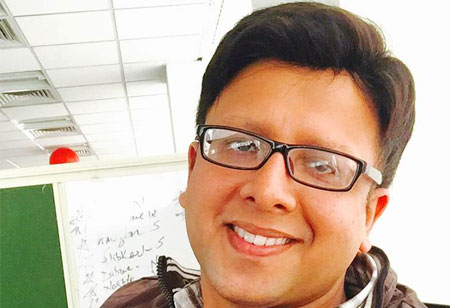 While shedding light on the importance of media consultancy, no one can debate on the fact that it is of great significance. The power of media consulting is such that it has become an integral part of the marketing and promotional strategies of a firm. Media consulting is one of the fastest growing domains in the industry today. It is a powerful tool that reaches out to masses, building market space for many firms.

Without any second thought one gets boatloads of perks on getting involved with a media consulting. To mention a few; media consultancies do provide a platform for exposure to the firms. This helps in creating mass awareness aiding the advertiser to seep into the market space. When a reader develops a taste for the magazine then there might be a high possibility of creating a loyal fan base for the advertiser. This all when summed up together helps the advertiser to have a strong marketing insight and sky rocket his or her sales as per. Many readers are esteemed business professionals and hence a print report by a media consultancy can easily lead to good partnerships or mergers.

Media Consultancies have a great role to play which makes their importance can be highlighted in bold letters. We need not to emphasise on the fact that how beautifully the Media Industry has evolved over a period of time aiding the development of the economic growth in the country. Besides the fact that media consultancies get the message across the audience, this industry is also cost effective. The sense of exuberance attached to the media consultancy is so captivating for the mind that it directly hits the psyche of the target audience to whom you want to convey the message.

Stating the significance, Mr. Dan Brown has rightly said that, “Media is right arm of anarchy.”In concord with this thought we can confidently reap the benefits of Media and to add to this evolving saga there is internet that makes the growth even more progressive. Without any kind of dubiousness media consultancies also add a great sense of credibility to a firm’s name helping it to get converted into a brand. The content these consultancies generate has such a potential that it can have an immense upshot on the mind of a reader. A press release by PWC says that “The print media sector is projected to grow by 9.6% over the period 2011-15, reaching INR 282 billion in 2015.”This chunk of info is substantial data to count upon on the fact that media consultancy every day change the way a business or a firm works and has a strong impact on it.

Media consultancies also act as a channel to bridge the technological generation gap given the fact that the technological set up has evolved by leaps and bounds, making it possible for the note of information about or from a firm spread across lengths to every age group or genera out there. What we deduce is that a firms gets noticed with full credibility and has a stronger grip in the market space, thanks to the media consultancy and their coverage they give to a specific organization, hence again proving the fact that their role cannot be diluted ever.

Although the landscape of advertisement is changing and getting more aggressive on numerous platforms like social media, YouTube videos, Google searches, digital marketing so on and so forth but still the print media has an enriching flavour of its own. The biggest advantage as mentioned above is that it ads tons of credibility to a corporate note or info that gets printed through it about a firm, this is a reigning facet of it, making it as one of the most robust mediums of promotion. With its bright future corporates usually aim to get the best printed content via prestigious media consultancies.

I cannot help but harp upon the fact that any media consultancy can help a corporate enhance its general profile among the public which does not necessarily means the readers, clients or the customers but also supporters of the firm, also the fund raisers, which can also end up attracting more members that aid the cause of the firm or such resembling purposes. Not only this, such media consultancy exposures also assure a good shore up and further strengthen the existing supporters and followers of any organization. There is a little more to the kitty, a creditable piece printed about a company in an accounting source of print media also attracts those who are masters of a connected field in which the respective firm deals. It also can influence, frame, break or remake the thought process out there about any specific topic concerning the firm as well its services. All this can be a demarcation or definition of your brand or brand building process. Media and media consultancies without a doubt are brawny mediums that without fail influence the bunch out there. It is a great valuable resource and a must for marketing and brand building. To conclude my note I would say media consultancies, marketing strategy and firms are knock out combo that should be embraced in the most professional way. Kudos to the power packed media consultancies!