The Waves of India's Socio-economic Changes & the Birth of First-generation Entrepreneurs! 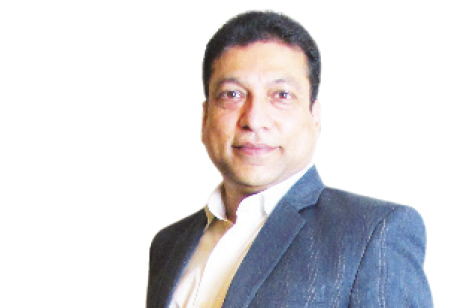 As the dictionary definition implies, entrepreneurs must be wealthy, calculative and enterprising  to have the capital to start a business, to be able to take on financial risks, and to be adept at driving profits. Little wonder, serious entrepreneurship was primarily reserved for the landed, leaving only micro entrepreneurship to smaller business owners. The colloquial use of the phrase `I'm no Tata or Birla', spoke to exactly this point.

The ‘Waves' of Change
Fortunately, that's a thing of the past. But history is a great teacher and helps us understand and appreciate the present. It often times even provides cues to what is likely to follow. Change doesn't just happen  it is seen to come in waves. India, like any other developing country and economy, has experienced a series of changes. Here are some developments that I have personally experienced and observed over several decades that may have shaped and influenced our  present state:

· The Grand Old Family Business Era: In the `60s and earlier, landed and wealthy families created enterprises and gained from the patronage they enjoyed in receiving `licenses' to be in or enter certain businesses.

· The Great Indian Export of Manpower:  The`70s saw a lot of labour migration to the ‘gulf' nations and even to the developed ‘western' nations. Many or most of these were in the semiskilled and skilled categories and could range from mechanics & technicians to nurses and janitors.

· The Export of Indian Talent: The ‘80s saw a number of Indian firms send talent overseas to assist with software solution development as the world started automating in a big way. Our engineers did us proud and India came to be recognized as the world software capital, but more for supporting and servicing products, predominantly built in the west.

· Export of Middle Management Resources &  Era of Indian Consumerism: The `90s saw a lot of Indian middle management cadre who were born, raised, tutored, and employed in India, now cross over to overseas roles, largely in multinational & overseas firms. This brigade (and those of Indian origin, who had chosen to move overseas for higher education and later careers), showed the world how Indians could thrive in problem solving and growing through their acumen & resourcefulness. This era coincidentally saw two other major events one, the bold economic liberalization undertaken by the then finance minister (Dr. Manmohan Singh) and two, the rapid rise of consumerism and global exposure that followed the overseas entertainment content that flowed into Indian homes through satellite television (STAR) programming, received by dish antennae that had suddenly mush roomed in India following their frenzied installation in the wake of the Gulf war coverage, courtesy CNN (seen only in select luxury hotels until then). As the guns in Kuwait fell silent and the `live' beaming of the war dwindled, Indian producers filled the programming void with home grown `soaps' and a boom in advertising followed, further  fuelling consumerism:

· The Globalization of India & Indianization of the World: The 2000s saw more global firms hire senior Indian talent in senior roles and similarly, a number of them recognizing that India's time had come. More Indian firms also started their global expansion.

· The Import of Global Talent to India: The 2010s has begun to see a number of senior Indian talent, return to India and bring with them a lot of global learning and exposure, in helping India prepare itself for the leap frogging it is destined for.

"Change doesn't just happen it is seen to come in waves. India, like any other developing country and economy, has experienced a series of changes"

The Rebirth of First Generation Entrepreneurs
It is seen that every few decades, business environments change, and this presents a window of opportunity for first generation entrepreneurs to emerge. Some amongst them rise quickly to take formidable positions, thereafter becoming large enough to block the space for other new entrants.

The first big wave started with the Industrial revolution, where the wealthy cornered a lot of the opportunity. Later, when automation took a new meaning with the software boom we saw the rise of first generation entrepreneurs like the Infosys founders, Arun Jain of Polaris (and many others). Later, telecom saw the rise of the Bhartis and others. As consumerism boomed and organized retailing picked-up again we saw the Biyanis and others break through and create significant growth opportunities for themselves. It must be mentioned that each time these opportunities appeared, some from the ‘first families' too reinvented themselves  Kotak in Banking, Birlas in Telecom & Retailing, Wipro in Software, Tatas in Software & Retailing, Ambanis in Telecom, Retailing & Infrastructure and so on.

The Wave of Waves is Here
But never before have we seen the scale and manner of introduction of first generation entrepreneurs like we are seeing right now. The digital revolution and the emergence of data led businesses, combined with the improved access to funding & market reach has allowed a new breed of first generation entrepreneurs to be born and to flourish.  Armed with just talent, industriousness, optimism, pragmatism and oodles of courage they are marching into an area, where they can possibly setup sizable businesses and redefine the wealth map of the nation and the world. Similar to their predecessors they are set to create businesses of a size and scale that will make it extremely hard for new players to enter their spaces and domain until the next wave shows up again.