The Story of Emerging Pharmaceutical Market with Advancement and Efficiency 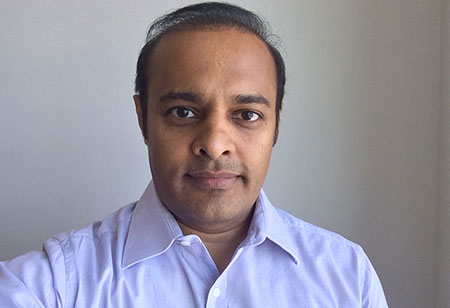 The Indian Pharmaceutical Market (IPM) is a very attractive segment with a value of INR 125,000 Cr, excluding export of generic drugs where India accounts for ~20 percent of the global exports by volume. IPM is third largest in the world by volume and 13th largest by value. It has grown at ~ 8 – 14 percent almost every year in last two decades and is expected to grow at 12-15 percent over the next 5 years too, outperforming global pharma market that is expected to grow at 5 percent. This double digit growth will be led by chronic therapies such as oncology, hypertension & diabetes which have risen due to urbanization & sedentary lifestyles. Increase in three areas viz. health awareness, willingness to spend and access to healthcare services will ensure sustenance of this growth. Due to a strong co-relation in growth between IPM and GDP, wherein IPM normally grows at double the pace of GDP, the future of IPM looks bright with positive forecasts of Indian GDP growth (between 5– 8 percent).

Despite many positives, the industry faces multiple challenges and a few of them needs government intervention.

• Inadequate government spend on healthcare: GOI spends <5 percent of GDP on healthcare as against 10-20 percent in developed countries. While there are a few government sponsored healthcare schemes and state-wide insurance plans, the sheer number of government hospitals & PHCs are inadequate and perceived to have low quality in terms of hygiene, attention and availability of qualified doctors

• Lower than required qualified doctors & hospital beds: The ratio of Drs per 1000 people is 0.6 in India v/s 1.8 in Brazil or China. There are 1.3 beds per 1000 people which is less than half of the WHO guideline of 3.5 beds. The situation is even more alarming in smaller cities & rural areas.

• Lack of Health Statistics Data: Despite being a huge and competitive industry, we lag behind seriously in data availability. This affects a robust informed decision process in order to improve the system. Lack of clinical outcomes data in hospitals makes it very difficult to compare quality and performance across hospitals and take corrective actions.

We have seen a few critical government interventions in last couple of years such as:

• GOI recently increased the FDI to 74 percent through the automatic route in brownfield pharma. Earlier 100 percent FDI was permitted but required government approval. This decision to ease investments has been accepted as a welcome change and will boost M&A and private equity investments.

• The government implemented tight control on the price of 348 drugs in the NLEM in 2014 and increased it to 376 drugs in 2015. The intention of the government is to ensure access & affordability of these medicines, which account for 18 percent of the market by value, to the poor population. It is important to see how this move increases access, considering that DPCO drugs have  shown a significant decline in volumes in the past.

• Ban on FDC (Fixed Drug Combinations) in India: In March 2016, the GOI banned over 300 fixed dose combination (FDC) drugs questioning their “safety, efficacy and rationality.” Though this was a serious issue for some companies, as it impacted Rs. 3000 crores (4 percent of the IPM), it’s a welcome move for the patients and overall Indian
healthcare system.

Changes in regulation and the market environment have brought about many new trends. It is important to take a stock of them and ensure timely strategic intervention.

• Brand Building: The government’s stand on FDCs and drying up of the product pipeline restricts the number of new products pharma companies can launch. New introductions which have been a key growth driver for the pharma are no longer going to fuel majority of the growth. Thus it will become imperative for companies to focus on building big brands out of their existing assets with single molecules and not focus on launching FDCs as part of lifecycle management.

• Biosimilars: Domestic players have achieved great feat in spearheading immense growth of the biosimilar market for oncology drugs and insulins, with plans to enter urology and ophthalmology.  Its value has increased from $338 million to approximately $1 billion over the last eight years. Priced 25-40 percent lesser than branded originators, they have a promising potential to fulfil unmet needs and hence it can be an important strategic lever for Indian companies.

• Local pricing of patented Products: No. of patented products launched and their staggering success shows a true potential available in India. DDPIV market has grown to INR 1500 Cr in 9 years, whereas patented drugs are part of most oncologist’s prescription today. If negativity around IPR is handled well, and data exclusivity norms are strengthened, India can see many more patented launches.

• Access to patients: 70 percent of our population lives in rural India while 80 percent healthcare infrastructure is in urban India. In order to bridge the infrastructure gap in rural India, companies today are taking initiatives to organise awareness drives and diagnosis camps. However the larger issue around lack of infrastructure requires a strong collaboration between the government, industry and other private players in allied industries.

• Digitalization in healthcare: Though pharma industry has started taking up digital initiatives, they have just touched the tip of an ice-berg. Majority of these initiatives are focussed on communication with Dr's and patients for e.g.: e-detailing, apps for Drs, virtual reality and brand websites.There is a whole new industry getting created around health & wellness through fitness apps like Healthifyme, MyFitnessPal, fitness devices like Fitbit, Jawbone, search portals like Practo and e-pharmacies like 1mg, netmeds, zigy etc. E-pharmacies can potentially change the supply chain environment in India and additionally make a robust purchase data available to improve operational efficiencies. These allied industries will have a significant impact on the pharma industry in the future.

While there may be a long list of initiatives that can help companies maximize growth, identifying key growth drivers aligned to individual companies’ strategy and their thorough implementation will help companies capitalize on the market opportunity.