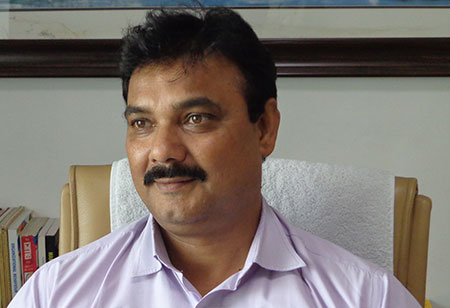 Each industry in any country has its own strength for its development and weaknesses. The Pharma & Biotech industry is not an exception to this. The Pharma & Biotech industry in India is also having certain factors on strength and weakness. In recent years, biotechnology has emerged as an important growth area in pharmaceuticals. As the understanding of biological systems has forged ahead, pharmaceutical companies have made increasing use of biotechnology in discovering and manufacturing new medicines.

The Pharma  is one of the world’s most profitable industries. The Indian pharmaceuticals market is the third largest in terms of volume and thirteenth largest in terms of value, as per a report by Equity Master. Branded generics dominate the pharmaceuticals market, constituting nearly 70 to 80 percent of the market. India is the largest provider of generic drugs globally with the Indian generics accounting for 20 percent of global exports in terms of volume.

Also, India accounted for 2 percent of the $ 41 billion global biotech market and in 2003 was ranked 3rd in the Asia-Pacific region and 13th in the world in number of biotech. In 2004 - 2005, the Indian biotech industry saw its revenues grow 37 percent to $ 1.1 billion. The Indian biotech market is dominated by bio pharmaceuticals; 76 percent of 2004 - 2005 revenues came from bio-pharmaceuticals, which saw 30 percent growth last year. Of the revenues from bio-pharmaceuticals, vaccines led the way, comprising 47 percent of sales. Biologics and large-molecule drugs tend to be more expensive than small-molecule drugs, and India hopes to sweep the market in bio-generics and contract manufacturing as drugs go off- patent and Indian companies upgrade their manufacturing capabilities.

India enjoys an important position in the global pharmaceuticals & Biotech sectors. The country also has a large pool of scientists and engineers who have the potential to steer the industry ahead to an even higher level.

India's biotechnology industry comprising bio-pharmaceuticals, bio-services, bio-agriculture, bio-industry and bioinformatics is expected to grow at an average growth rate of around 30 percent a year and reach US$ 100 billion by 2025. Bio-pharma, comprising vaccines, therapeutics and diagnostics, is the largest sub-sector contributing nearly 62 per cent of the total revenues at Rs 12,600 crore (US$ 1.9 billion).

India is among the top 12 biotech destinations in the world and ranks second in Asia, after China. The Indian biotech industry is likely to experience significant growth on the back of increasing economic prosperity, health consciousness and a billion-plus population base. Current estimates value the industry at US$ 7 billion in FY15, which is expected to grow at 30.46 percent Compound Annual Growth Rate (CAGR) to US$ 100 billion by FY25.

Going forward, India also has the potential to become a major producer of transgenic rice and several Genetically Modified (GM) or engineered vegetables.

"Biotechnology has exploded across the industry. It started to emerge in the mid 1990s, incrementally gathering speed as more products were approved in the last ten years,"

Today most big pharmaceutical companies are pursuing biotechnology either in house or by using an in-licensing strategy. The dynamic has now changed as many big companies have now acquired biotechnology companies or have developed 'biotechnology divisions' of their own.

The Indian pharmaceutical industry is estimated to grow at 20 percent Compound Annual Growth Rate (CAGR) over the next five years. The Indian pharma industry, which is expected to grow over 15 per cent per annum between 2015 and 2020, will outperform the global pharma industry, which is set to grow at an annual rate of 5 percent between the same period!. Presently the market size of the pharmaceutical industry in India stands at US$ 20 billion. India has the largest number US FDA compliant plants. The industry is expected to reach US$ 55 million by 2020, out of which US$ 30 million will be for exports.

The pharmaceutical industry will have a future in India as well as globally. The future perspective of this industry is based on the high burden of disease, good increase in the higher disposable incomes of the individuals, improvements in healthcare infrastructure and improved healthcare financing. The Indian pharma industry has been growing at a compounded annual growth rate (CAGR) of more than 15 percent over the last five years. The industry has significant growth opportunities. The pharma companies in India will have to rethink their business strategy to sustain the robust growth till the year 2020. The companies are to adopt new business models and think of innovative ideas to the best satisfaction of the consumers. The pharma companies in India have to focus on improving operational efficiency and productivity continuously. The developments in the health insurance, medical technology and mobile telephony can help the growth of the pharma industry by removing financial and physical barriers to healthcare access in India.

There is no doubt about the growth of pharmaceutical industry. India may rank among the top five global pharma markets by 2030. Yet the domestic companies find it difficult in the current scenario. Some of the players quit the industry. Foreign companies are adding more competition to the domestic market by launching products in both branded and generic categories.  It is the bounden duty of the Government to take care of domestic companies in this industry so that they have to align themselves to the existing scenario. With numerous strengths and a growing consumer class, the pharma industry in India may face certain legacy and new issues, but it is expected to grow multi-fold and continue to be an attractive investment destination.