The Futuristic Road Map of India for Capital Investments 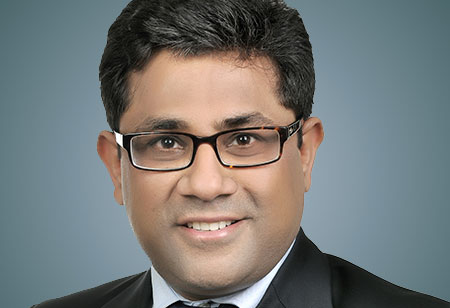 Capital market or a Robust Capital Market can be described as an important barometer to test the financial health of an economy. Capital market comprises all kinds of financial instruments – be it equity or debt, short term or long term, commercial, industrial or government papers. Both the private and government sector access capital markets to raise money with thousands of crores raised (and at times even lost!) in these markets. Government’s large disinvestment plans depend upon strong capital markets. If we talk about the Indian capital market, with Bombay Stock Exchange being the oldest in the Asian markets, it has had its share of both a cherished and a choppy history, with millions of money being made and lost, the shift from a very controlled regime to now a much regulated regime.

Investments in securities market by their nature carry high investment risks but the assurance of  liquidity and the expectation of yield attract and large number of people to channelize their earnings and savings in the securities markets. Absence of a developed securities market could discourage these savings and also their allocation in the large spread of investment that an investor can have to divide the risks in investments.

In last decade or so, several developments have taken place in the Indian capital market, which are regulated by SEBI is considerably different from how it used to be earlier. The disclosure standards and investor protection have been substantially enhanced. The issuers now need to disclose information on various aspects, such as, the track record of profitability, risk factors, etc. The funds can be raised through fixed price or through book building processes. The role of merchant bankers has been enhanced to ensure compliance with applicable regulations required for fund raising. Many new concepts have evolved, such as, the green bond, masala bonds, equity based crowd funding, peer to peer lending.

The existing state of Indian capital markets can be best understood by examining the statistics released for financial year 2015 and the other reports predicting growth trajectory for 2016. The year 2015 has undoubtedly been one of the good years for the Indian equity markets; companies from various sectors after being in slumber for long have successfully launched their IPOs. The stellar performance upon listing of equity shares of Indigo and Equities’ are cases in point. Year 2016 looks to be a good year with Vodafone already heading for its IPO. However, many factors could affect this as we move further in 2016 including effect of global markets; movement of US Dollars and behavior of how the US markets, RBI’s action on interest rates and performance and earning of Indian companies. The Indian economy is expected to grow at 7.5 percent, supported by continued thrust on structural reforms, increasing capital expenditure by government. These could further boost the Indian capital market.

The Indian capital market can be understood in terms of the interplay of various stakeholders, namely, the issuer looking to raise funds, the investors wanting to invest or exit and the regulators determining the rules of the game. At the core of all of this is the investor protection in the markets and instilling safety and confidence in investors. Both the government and the regulators seem determined for developing a robust compliance based and regulated market to ensure greater investor confidence which becomes an important factor for the development of domestic market. Yet, at the same time a fine balance has to be struck so that the protection of the investors does not too harshly burden the issuer companies with an over dose of regulatory interference forcing the issuers to leave the market, thereby eliminating the very objective for which capital markets are accessed.

Several new regulations keep getting enacted with an aim to improve the capital markets, such as, the Companies Act, 2013 which has made substantial changes for raising public funds, the Alternate Investment Funds Regulations –which provide alternate channels of investments especially for small and medium enterprises, and Foreign Portfolio Investment regulations which can make Indian markets more investor friendly and setting a trend towards integrating global markets and diversification of investor portfolios. Similarly, regulations are constantly modified and improved to meet the challenging and changing needs of the market, such as, various amendments made to SEBI ICDR Regulations, 2009 over a period of time.

In spite of several developments and improvements, the Indian capital market suffers from many challenges. Several improvements can still be made and hurdles can be removed. Efforts should be made to ensure increased liquidity by facilitating long-term, more profitable investments. Liquid markets improve the allocation of capital and enhance prospects for long-term economic growth. Further, by making investments less risky and more profitable, stock market liquidity can also lead to more investments, lower transaction costs and greater transparency along with stringent penalties for violation.