The Future of Affordable Housing under the New Government 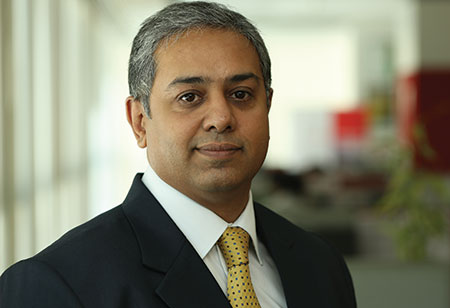 Affordable housing is a term typically used for residential units in India's urban areas which are affordably priced. While there are no parameters to define what an affordable housing unit should cost in India, it is dependent on the city, location within the city, type of project being built and also the construction technology employed.

Sanjay Spearheads the growth strategy for the Indian market and is involved in identifying new opportunities, improving organizational efficiencies and strengthening C&W’s presence across verticals and markets, thereby enabling integrated services and a larger scope of delivery to clients. With over 20 years of experience as a real estate professional and entrepreneur, Sanjay is a well respected business leader in the Indian market. His experience encompasses land acquisitions/dispositions, JVs and JDs, capital market transactions, office, retail, and residential services.

According to statistics, India’s urban population is expected to increase to 600 million in the year 2031. As per 2012 estimates by Ministry of Housing and Urban Poverty Alleviation (MHUPA), India had a shortage of a total of 18.78 million housing units with 95 percent shortage in the Economically Weaker Section (EWS) and Lower Income Group (LIG) segments. This urban housing shortage gets compounded every year because there is an overwhelming supply mismatch as units constructed by the Government and its agencies have been decreasing tremendously over the years.

In an effort to bridge the ever-widening demand to supply gap for housing, the Union Government announced its mission ‘Housing for All by 2022’ in 2014. The Government announced setting up of a mission on Low Cost Affordable Housing, to be run by the National Housing Bank (NHB). However, despite having just seven years to accomplish this ambitious target, the exact road map for implementation is yet to be spelt out.

This ambitious target can be achieved only if Government is supported by the state government, local bodies and most importantly, the private sector. Clearly laying down the deliverables and their timelines from each of the parties involved including Central Government, State Government, Urban Local Bodies (ULBs), lending institutions, private sector, investors, regulatory bodies, etc. will help in faster execution of projects.

Regulatory reforms are yet another element that promotes housing. To construct any real estate project, developers have to seek series of approvals from multiple approving authorities during the project lifecycle. This adds to the woes of developers as it contributes to significant delay in timely delivery of projects due to certain sequential approvals.

Government should increase collaboration with the private sector to make ‘housing for all’ a reality. The Public-Private Partnership (PPP) framework has been touted as a successful example in many such similar projects across the world. It combines the benefits of both the sectors. The government helps private sector ease critical bottlenecks by facilitating regulatory approvals and land acquisition, while the private sector brings in the latest technology, finances and ability to execute large scale projects within timeframes.

Increasing cost of land has proven to be one of the biggest deterrents for construction of low-cost housing. Capital values of land have soared over the past few years and coupled with the increasing construction costs have pushed up housing prices making them highly unaffordable for large sections of society. Provision of land banks by government, reutilization of unused land (viz. industrial land), redevelopment of dilapidated structures for housing development, etc. could help provide a thrust to affordable housing.

Innovative construction too could help government achieve this ambitious target. High-rise affordable housing needs to be made more financially viable. Additionally, the perception that ‘low-cost housing’ also means ‘low quality housing’ needs to change. Architects, academicians, developers and urban planners working on sustainable development techniques need to be involved in a mission to develop low cost, high quality houses and should be incentivized appropriately to pursue this. Currently ‘Transfer of Development Rights’ (TDR) is provided for redevelopment projects.

Lack of availability of sufficient funding at affordable rates is a major concern for majority of the housing projects. This further worsens the entry of private players into affordable housing, as the time and cost overrun drains down the profitability margins from majority of the projects, making them unviable. RBI has allowed External Commercial Borrowings (ECBs) up to USD 1 billion for affordable housing projects, which needs to be increased further. To channelize higher equity funding in housing, the government has eased Foreign Direct Investment (FDI) norms for construction development sector.

In this way, government needs to clearly outline a detailed policy mentioning the deliverable and the timelines along with the contribution of various stakeholders in the process. The process needs to streamlined and supporting mechanisms need to be brought in place to provide timely initiation to derive a solution for this pending problem. Government’s other schemes such as development of smart cities, industrial corridors, etc. can be clubbed with affordable housing development vision to accomplish the primary task of envisioning a better life for society.