The evolution of Labour Law Consulting in India 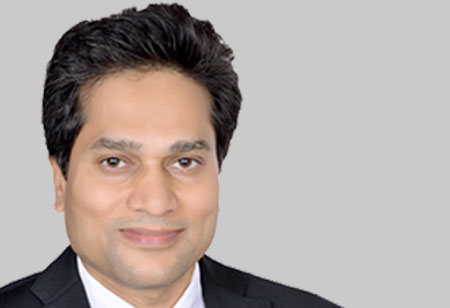 Before Independence, labour laws were non-existent in India due to the despotic nature of the British colonists. Any attempt to introduce these in the Indian industry at that point of time through any means, ranging from publication in popular media to revolutions and campaigns by trade unions,wasmet with suppression often violent. After independence in 1947 and the formation of the Constitution in 1950, basic concepts of labour protection as well as the empowerment of trade unions and principles of work equality were recognized and embedded within the Constitution. While this was a start, this was far from enough.

The onset of consulting in this field is as old as the  early days of industrialisation of free India e, which was the era of rising socialism over capitalism and protection of the rights of the workmen.

Win-win proposition for the Organisation and the Consultant:

Herein comes the importance of labour law consultation. Specialists in the field of labour laws, particularly in  the practical aspects of labour law application are key to the smooth functioning of industrial institutions like power plants, factories, mills etc. It is to be kept in mind that “labour laws” is a generic term. It is a collective phrase for a set of Acts with multitudes of regulations that have been made to ensure the sanctity and protection of every conceivable element of a worker involved – right from his/her personal health and capabilities to their wages and employment guarantees.  To just name a few of these acts would be – The Industrial Disputes Act 1947, The Factories Act 1948, The Payment of Wages Act 1936, Workmen’s Compensation Act 1923, SexualHarassment of Women at Workplace (Prevention, Prohibition and Redressal) Act 2013 etc.

It is not uncommon to come across events, wherebusinessmen get indicted and sent behind the bars for non-compliance of the Provident Fund legislations. Similarly, itiss common knowledge how thousands of contract labour were regularised overnight, to the severe detriment of the organisation unnecessarily bloating the manpower and aggravating the cost permanently. These instances exemplify the significance of timely and quality advice on these laws by the experts in the field, which can potentially prevent these organisations going belly up in future.

As one could imagine, amongst such a vast array of rules and regulations, even a person who possesses an average level of acquaintance with such laws could easily be unable to foresee every case of possible non-compliance with any of these various laws. To avoid unwanted collisions with laws, labour law consultants, who have in depth knowledge in the field, have undisputed importance in the same.

The sine qua non for any consultant worth its salt is to have an in-depth insight into the industry of its target. The knowledge of the current issues viz. labour unrest due to strike, lay off, et al or latest notification from the government, is a non-negotiable element for a consultant to make a dent in the field. The ability to liaise with the Government, not the kind which is frowned upon, but the one which helps clarify the nuances clearing the cobwebs in the intricacies of arcane industrial laws. There is always a dearth of savvy consultants who can open the doors of bureaucracy to unravel the confusing notifications, government orders, notes etc. pronounced from time to time. Another dimension which can help bolster a consultant’s practice  is the ability to bring in value added services–  like helping in regulatory compliances, maintenance of statutory registers etc..Most organisationslook beyond vanilla consulting and value added services often go a long way a getting a broader client base.

The future holds great promise for labour law consultancy. India being a growing nation with rapid development potential will hold numerous opportunities for expanding its industrial sector. Tomorrow, India could be home to many resident industrial companies that would be exporting their manufactured items to various foreign countries. It could be home to cities that would be labelled industrial hubs that compete globally with other reputed names.

Currently, this area of consultingis perceived as a low paying field, thus many mainstream law firms of repute do not have a structured labour law practice vertical. However, it may be unfair to single out only labour law consulting as a non-specialised field as, in India, currently most areas of legal practice have not achieved the kind of specialisation they are in developed countries. What the sector needs is the entry of individuals and law firms that can provide quality services through well set up offices, staff and infrastructure. .This holds the key to a great future in this field of consulting, which has a vast scope for the aspiring lawyers.