The Ever-Changing Face of Indian Consumers

By Durairaj Maheswaran and Thomas Puliyel 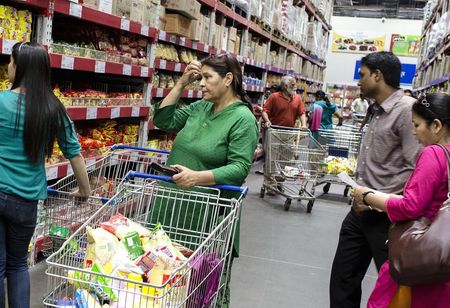 Our exciting and lifelong study of Indian consumers began about forty years ago, when we began our careers as freshly minted MBAs from IIM Calcutta in a market research agency in Mumbai. Back then, India was economically anaemic, inward-looking, and minimally connected with the rest of the world. Our consumer studies then informed us that economically, consumers had a saving mind-set, frugal, and were constrained by a limited income that barely exceeded their expenses for daily necessities. Culturally, they were strongly rooted in their traditions and were vary of foreign influence. In terms of hedonic consumption, movies were the only escape from reality they could afford and Bollywood films provided the perfect panacea to cope with life’s challenges. Travel, the real physical escape, was expensive and they travelled only when they had to, mostly to religious destinations or to attend social functions. The world beyond mostly existed only on Doordarshan, and hardly influenced their daily lives.As Maslow, an eminent psychologist, might have observed Indian consumers were primarily motivated to take care of their physiological and safety needs with limited resources and limited choices.

Ever since India welcomed globalization, consumers have been riding a wave of affluence that has transformed them along both economic and cultural dimensions. Globalization has not only increased the discretionary income of the consumers leading to a surge in consumption, but it has also exposed them to a wide range of culturally challenging values and lifestyles from abroad.

Indian consumers are changing in response to the global trends that are impacting them. They are ascending the ‘Hierarchy Pyramid’ by moving beyond the basic physiological and safety needs to satisfying higher order social and self-esteem wishes.

The robust economy has induced a switch from ‘saving for the future’ mind-set to one of ‘consuming for now’ orientation. This spending mind-set is more pronounced with the younger generation. Millennials in India are becoming more aligned with other millennials around the world in their consumption patterns. They enjoy eating out, indulge in personal grooming, and believe in self-indulgence.

Hedonic consumption has also broadened beyond Bollywood. While Bollywood still is a significant source of entertainment, Netflix and YouTube are now providing in-home global entertainment.Travels are evolving from being functional to being hedonic. Travel patterns have moved beyond traveling to landmarks to seeking novel experiences. In the past, Indians may travel to the United States to visit Niagara Falls. Now, they venture beyond popular destinations to less exploredEastern Europe and rain forests of Ecuador and Brazil.

Historically India had handled foreign influences by absorbing them within its own cultural milieu as witnessed by the diversity in religion and values that characterize the nation. Indian consumers also follow a similar tradition and have uniquely blended their cultural preferences with contrasting forces of globalization.

Despite being a collectivist culture where self-indulgence is not emphasized, there is an emerging trend towards self-indulgence as seen in the growing popularity of luxury and beauty products. The luxury brands that blend the Indian design and local fashions are preferred rather than those with standardized western designs.

Cultural changes are more marked among women in how they view themselves, especially their concept of beauty. It is changing from a sole emphasis on the inner beauty of being kind, socially conforming and gentle, to a more inclusive view that also endorses personal grooming and beauty enhancement. The demand for skin care products and colour cosmetics has surged even in smaller towns. Interestingly, there is a resurgence of demand for traditional indigenous herbs and Ayurvedic practices in these product categories.

Indian consumers are now truly global yet remain true to their cultural roots, especially in their food preferences.  They are no longer content to meekly accept standard Airlines food when they travel abroad and now demand that the Airlines cater to their cultural preferences. Many Asian airlines recognize the economic power of Indian travellers and are offering Indian Vegetarian and Jain food options on request.

The following anecdote also highlights the above ethnocentric self-esteem of the Indian consumer in upholding their cultural traditions:It was a busy morning in a five star hotel in Vienna and an Indian family sauntered in for breakfast. The mother made her way to the lavish spread of continental dishes and after a brief assessment of the buffet, turned around to the Manager and declared, “We are vegetarians! There is not much for us to eat here! Please get us some Rotis!”

What Jawaharlal Nehru observed then in “Discovery of India” about river Ganges, “It is ever-changing, ever-flowing, yet it is ever the same,” also seems appropriate for Indian consumers today.

The writers Durairaj Maheswaran and Thomas Puliyel are authors of the book, Understanding Indian Consumers. Published by Oxford University Press, the book collates thoughts of experts on the changing dynamics of Consumer Behaviour in India and strategies used by marketing professionals to deal with this.