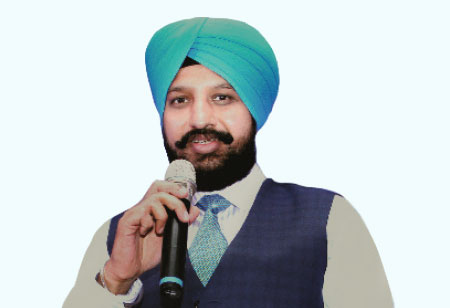 Digitization of economy and the use of advance technology in grids have led to an Energy revolution globally.

Let’s roll back a century, the main energy source was wood and then during the early 20th century use of coal rose sharply and in 1970s it was being used for electricity generation. Subsequently as the time went by we saw the consumption of petroleum followed by Natural gas. The last quarter of the twentieth century came up with the generation of nuclear electricity, hydroelectric, wind, solar and geo  thermal energy.

With the revolution in nonconventional natural gas extraction in 21st century the trend has shifted dramatically. Consumption of natural gas has increased sharply and the total energy being obtained from wind, solar, and geothermal sources has increased by five times.

Energy revolution has also brought in the concept of Decentralized Renewable Energy (DRE) wherein the energy should not be generated at one humongous center for transmission to different far off locations. Instead it should be generated locally in a controlled and supervised manner. This system serves people locally and is much smaller compared to the big centralized power stations. These decentralized systems are nature friendly and reduces pollution to air, water, land and people living in nearby areas.

Some of the developing nations because of their vast size and population have huge power deficits and they cannot rely on a centralized electricity supply. DRE systems are particularly relevant for such small scale means and the energy supply can be designed to exactly suit the needs of the community it serves. In the days to come it is likely that the DRE system will bring down per unit cost of energy and will be more efficient. This transition will not be that easy – might destabilize countries whose economy is dependent on the revenue of traditional energy sources and automation could also impact jobs of lower-skilled workers.

Different types of natural energy resources are available - solar power, wind power, hydro power and a combination of all the three.

Developing nations have the opportunity to make choices between abundantly available renewable and sustainable energy or an old legacy energy technologies that will increase their dependence on foreign countries for supply of fuel, whether it is nuclear, coal or oil. DRE is able to integrate many different sources of power into highly reliable power grids.

Global Statics of last five years reveal that Energy revolution has seen a dramatic increase in use of renewables – electricity generation by wind totals to 170 GW. Similarly, electricity production from solar power has grown by 10 times.

Tools being used for data analytics and automation have boosted the productivity and flexibility of energy companies. These changes have begun to transform not only the industries that produce commodities such as oil and gas but also the ways in which companies generate and deliver electric power. To summarize Energy Revolution has led to a shift from legacy polluting sources to cleaner energy with solar and wind energy in high demand.