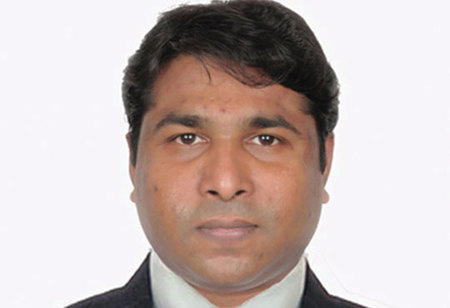 The moment when I planned to write an article on GIS, I started recollecting my experiences as a student when I was introduced to the intriguing field of GIS. As an astute cartographer, I wondered and liked the dexterity of GIS which offers the flexibility of converting a map data of specific scale to a desired scale and size. This character termed Automated Mapping laid foundation for mapping industry, which later in 90’s got entwined with an analytical platform i.e. Facility Management to become popular as AM/FM and paved way for GIS to grew as an industry.

The transcendence of ‘G’ (geospatial) in today’s IT arena became inevitable as the decision-making processes become increasingly location specific, seeking answers to ‘where’ and ‘what’, which necessitates the use of geo-analytical models very often. In this backdrop this article devotes to review the various technological aspects of GIS which helped it evolve as inevitable information means today.

From time immemorial, the need for mapping stemmed-up from the purpose of aiding explorers and navigators discover new territories and record the manifested phenomena visually. The basic trait of GIS that specifically deals with highly complex real-world composed of space, objects, their interaction, change etc. makes it the widely accepted universal system. GIS strength lies on its capacity to integrate different forms of data emanated from heterogeneous sources of multi-dimensions (4D) and the ease with which it get integrated with other systems. GIS has the ability to store, process and present the location intelligence in highly enriched visual form for informed decision making.

Advent of ‘photography’ to capture and record the impressions of real-world on a photosensitive paper has opened new vistas for terrestrial photography which became popular as ‘Remote Sensing’. This involves two prime technological components i.e. ‘platform’ and ‘sensors’ later developed as allied streams of GIS Industry.

Since long humans realized the advantage of synoptically representing the Earth’s terrain through bird’s eye perspective. Birds, kites, balloons etc. inspired the invention of aerial platforms like aircrafts, satellites and drones. Remote sensing has brought down the data costs to a level which spurred the use of image as base for mapping applications. Development of high resolution (<1m) satellites (IKONOS, WorldView, GeoEye, QuickBird, Cartosat, Gaofen, etc.) reduced the dependency on aerial photography, bringing down the mapping (both ortho [2D] and stereo [3D]) costs significantly. The new age world is at the threshold of availing imagery solutions as good as <10cm, which completely avoids dependency on aerial photography for large scale mapping (urban planimetry). Spectral capabilities of hybrid sensors (hyperspectral) are capable of sensing terrestrial forms in all bandwidths of electro-magnetic spectrum from visible-NIR-MIR-TIR to microwave.

Map data availability is not just dependent on the demand-supply principle rather it is governed by the policies of governments, as large scale maps are still perceived as confidential documents. However, in view of huge advantages and economic benefits, governments have relaxed those stringent policies and started building map data repositories/command centers called National Spatial Data Infrastructure (NSDI).Consequently, the historical need of digitizing land parcels for efficient revenue record administration also gave impetus to the industry.

Key feature of GIS which made it integral and enhanced dimension of IT is its ability to portray the information in visual form which is easy to comprehend. Advances in new genre visualization tools aided by graphs/charts offers ways to effectively represent 4Dof data which is appealing to cognitive perception and gives enriched insights about the real-world for decision making.

As the requirement for location based intelligence applications is continue to manifold, proliferation of GIS in diversified application areas is expected to increase, so as the demand for experts and trained manpower. GIS fusion with new technologies like Virtual and Augmented Reality has proved promising to offer enhanced experience of dynamically interacting with the real-world through an augmented interface. Revolution in 3-D printing technology is certainly going to take GIS to new highs as it makes it possible to print 3-D models representing physical world in a miniature form. It looks that the future holds a great deal of opportunities to offer in the GIS domain.