The case of the shut BRIEFCASE 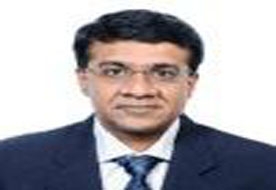 The title of this article may seem to come straight out of a Sherlock Holmes story. If the context was different then it would possibly have been a Sherlock Mystery. But no this is not to be. This is about a missed opportunity - both from a marketing and business perspective.

Ever since the concept of cloud computing has come about I have begun to wonder. Wonder as to the hype that this new buzz words are creating. No I shall not explain cloud or do I want to redefine the meaning - but would like to travel back in time to the year 2000 or 2001.

Cloud technology has been around for a while and theres a good chance most of you have already used some form of it. An e-mail account with a Web-based e-mail service like Hotmail, Yahoo! Mail, AOL or Gmail, would have allowed people to experience cloud technologies. Pair this with services like internet chat; internet telephony.. and ten to twelve years ago this was as close to cloud computing that one would get.

Which brings me to the topic that I chose to write about The BRIEFCASE.

Around the year 2000 or thereabouts (I may be wrong about the year and date but that is besides the point). YAHOO! introduced a revolutionary service at that time called YAHOO! Briefcase. The service was simple- it allowed users to sign using their YAHOO! e-mail ID and store files and photographs.

It was a free service and I remember using it to park a lot of my personal photos and work files. These could be accessed from any computer- not necessarily ones own. Terrific it was but in those days connections were limited to dial-ups.

A few years later I heard and also read that YAHOO had decided to shut BRIEFCASE!. They must have had their reasons but as a user I felt let down.

The last couple of years have thrown up the concept of Cloud. Apples iCloud, Microsofts Sky Drive, Google and a few others have started promoting their services. While this may be a technical marvel and an end users dream the marketer in me pondered of what had been.

Why I wondered did YAHOO! shut the briefcase. A service that was quite revolutionary in its time. What, from a marketing viewpoint, did go wrong?

What I shall try and do is possibly put down my understanding of what could have saved the briefcase. I would also like to add that these views are completely my own and it may not be in line with YAHOO!. To add these viewpoints are not meant to demean or defame anyone or any organization.

Definitely got the timing wrong this service was launched when the users were not ready for it. Very early and today the web has given rise to a new way of interaction and communication the digital space.

From an India perspective:

No hype or hoopla to build it. It was just another tab to be clicked. No clear definition of what it should be in the users mind. With its first mover advantage YAHOO! could have benefitted. I dont remember ever YAHOO! pushing briefcase as they do their services today.

Did YAHOO! ever check with its millions of users about this service. It could have done this without even having to spend a dime!

In product or service marketing one cannot manage on ones own. You will need to ride on complementing products, services. Lets look at a few of these that may have helped the Briefcase.

None of these above indirect factors helped. Else the Briefcase would have been a great success story. Also the cost factor of giving free space on servers would have pulled it down.

Why did I write this article? Not to demean YAHOO! but I used this as an example to focus on some very basic thoughts on marketing. Timing; Positioning; and more importantly consumer insight are critical components for any marketing & communications campaign. If as a marketer one has to have insights and feel the pulse of the consumer. Listen listen and listen, understand the market and then plan the moves.