The Balancing Act: Biodiversity Law And Ease Of Doing Business 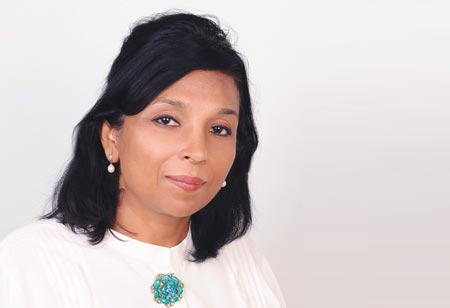 Sunita K Sreedharan is a lawyer and a patent agent licensed to practice law in India. A seasoned lawyer with 20 year’s practice, Sunita commenced her practice as a litigation lawyer and then moved into practice of IP Law with a Delhi based premier law firm where she was elevated to Partnership.

Every aspect of life today including businesses are governed by a set of laws. However businesses involved in research and / or commercialization of products having Indian biological resources as their ingredient are facing many challenges due to lack of clarity in the interpretation of the Biological Diversity Act 2002. It governs the access of Indian bioresources by Indian and non-Indian entities.

The Act, in compliance with the United Nations Convention on Biological Diversity, recognizes that India has sovereign rights over its bioresources and demarcates the persons who access these bioresources into Indian entity (S.7) and non-Indian entity (S.3) depending on whether they have any foreign management or shareholding. The prime objective of the Act is to prevent biopiracy and to ensure sustainable use of bioresources, conservation of bioresources and equitable sharing of benefits. Accordingly, the Regulations of 2014 notified by the NBA on 21st November 2014 in compliance with the Nagoya Protocol, sets up a mechanism of access and equitable sharing of benefits as per S.21 of the BD Act.

The Act also establishes a three-tier administrative system with the National Biodiversity Authority (NBA) at Chennai as the apex body, the State Biodiversity Boards (SBBs) in each state and the Biodiversity Management Committee (BMC) at the local panchayat level. The NBA governs access of bioresources by non-Indian entities by granting prior approval for using them for research or commercialization. The NBA also governs all collaborative research that is not sanctioned by the government and those instances where results of research are transferred to non-Indian entities. Accordingly, the NBA requires all persons including Indian entities to obtain prior approval before filing intellectual property rights on research using Indian bioresources. The State Biodiversity Rules are implemented in each state where the SBBs monitor bioresources accessed by Indians.

There are many hiccups in the implementation and administration of this law that is adversely impacting the industry.

The Issues In Implementation:

There are a large number of issues, but let us look at just two of them:

(a) The definition of non-Indian entity,

(b) Levying of benefit sharing fee on Indian entities, and

The definition under S.3(2) BD Act is not harmonious with either the Income Tax laws nor the Companies Act and has created tremendous inequities. The Section 3(2)(c)(ii) of the BD Act states that any company registered in India ‘which has any non Indian participation in its share capital or management’ is an non Indian company. Thus commonly perceived Indian Companies such as the Tata Group of Companies, Reliance Life Sciences and more. are non Indian entities.

By this definition the following situations arise which seriously impacts the Ease of Doing Business in India:

(a) any company that is listed on the Stock Exchange would be deemed to be a non-Indian entity because ‘nonIndian participation in its share capital’ may vary from day to day. This is a major disincentive for an Indian company to grow or to appoint any consultant of foreign citizenship, including a person of Indian origin.

The reason this clause impacts the business is because the Act places an onus on such Indian companies with non-Indian status under Section 3(2) of the Act to obtain prior approval thereby majorly impact research and commercialization.

It is recommended that MoEF & CC issue a notification to harmonize interpretation of S.3(2) with the Income Tax Act.

The Patanjali judgement in WP 3437/2016 does examine the legal provisions but goes on to deliver a very emotive judgement stirring up a murky situation further even when the law is ‘transparent’.

Interestingly, the Act is silent on access of bioresources by persons who are neither researchers nor manufacturers such as traders, leaving this responsibility to the SBBs. But the SBBs have taken no action in implementing any system for monitoring the traders accessing bioresources from the local communities. But one over-enthusiastic MP SBB has gone on to imprison a truck driver for carrying a local bioresource.

It is recommended that the Ministry of Environment (MoEF & CC) examine these provisions in consultation with the Ministry of Law in all seriousness. It is too sensitive a matter to be left to personality driven SBBs.

This is another case of transparency but no clarity. VAP is excluded from obligations under the Act by definition inSection 2(c) read with Section 2(p).

S.2(c): ‘biological resources’ means plants, animals and micro-organisms or parts thereof, their genetic material and by-products (excluding value added products) with actual or potential use or value, but does not include human genetic material;

S.2(p): ‘value added products’ means products which may contain portions or extracts of plants and animals in unrecognizable and physically inseparable form.

However, despite the definition there is no clarity in its interpretation by the NBA and the SBBs who have indicated that because the VAP is obtained from a bioresource, therefore it is a bioresource. This is in disharmony with the interpretation of other administrative bodies. For instance the Coconut Development Board defines coconut oil as VAP, but BDA disagrees.

The ramifications of this misinterpretation or lack of clarity are many. The VAP when declared as a bioresource requires prior approval from NBA :

• by a non-Indian entity for access for research and commercialization,

• by any entity for filing patents seriously impacting IP protection,

• by Indian entity to SBBs for commercialization,

• by any entity for exports of extracts and oils.

Additional confusion is created VAP is to be interpreted vis a vis the NTAC list notified by the MoEF & CCunder S.40 of the Act.

It is recommended that VAP be interpreted as a product obtained from a bioresource after it is subjected to human, mechanical and / or technological intervention where such product is not capable of biological reproduction.

One of the main functions of law is to bring stability in society. When the law itself is unstable and open to many interpretations, it can cause much harm to society at large and businessin particular. This is especially true where the law has criminal liabilities and has no provisions for retrospective compliance even under extenuating circumstances. After all ignorance of law is no excuse.