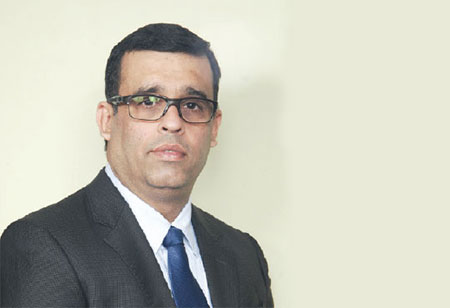 As the country embark on its most ambitious and bold step to move towards a cashless society, one important but taken for granted factor is the Telecommunication infrastructure available in the country today which has helped implementing the decision. Imagine a situation where we don’t have the communication link between banks, ATMs and POS machines!!! Visualize our daily life without mobile phone, television, computers, internet banking, Wi-Fi, internet connection, and other gadgets and communication systems. Feels impossible, right?

Telecommunications involves the assisted transmission of data. Most people think of electronics when it comes to telecommunications. While it is true that the radio, Internet, television, and computer networks are all telecommunication devices, there are actually many other methods of telecommunication. In fact, telecommunication dates back almost to the advent of civilization. During this time, people used smoke signals, carrier pigeons and beacons to transmit important data over long distances. India, like many other countries of the world, has adopted a gradual approach to telecom sector reform through selective privatization and managed competition in different segments of the telecom market. India is currently the second-largest telecommunication market and has the third highest number of internet users in the world, to which we are happy to announce TP-Link is an initiator and supporter towards this growth.

In March 2016, total telephone subscription stood at 1,058.86 million, while tele density was at 83.36 percent. The liberal and reformist policies of the Government of India have been instrumental along with strong consumer demand in the rapid growth in the Indian telecom sector. The opening up of Foreign Direct Investment (FDI) norms has made the sector one of the fastest growing and a top five employment opportunity generator in the country.

India is currently the world’s second-largest telecommunications market and has registered strong growth in the past decade and half. It is estimated that India will overtake USA as the second-largest smart phone market globally by 2017 and to maintain high growth rate over the next few years as people switch to smart phones and gradually upgrade to 4G.

Everyone wants to be connected in this digital world. Be it at their homes, in offices, in colleges, at railway stations, bus stops, cafes or airports, millions worldwide latch on daily; to paid and free Wi-Fi hotspots to surf the Net on their mobile devices. Deployment of public Wi-Fi hotspots has seen a tremendous increase in past few years. Most of the public Wi-Fi hotspots in the country are venue-based deployments such as at airports and railway stations (0.5 percent), hotels (41 percent) and shopping malls, restaurants, coffee shops, and retail outlets (58 percent).

There are currently over 31,000 public Wi-Fi hotspots installed in India, according to industry estimates, and the number is expected to grow beyond 202,000 by 2018. Telco’s in India now view public Wi-Fi as complimentary to their core offerings, and are focusing on deployment of Wi-Fi to offload their cellular data traffic.

Amongst various factors that will impact telecommunications industry in near future, the one that will have a deep impact is the explosion of connected devices. The Internet of Things will add billions of new connected data sources globally by 2020. The increase of all of these devices will be a phenomenal growth in data volumes close to zettabytes per year.

With Digital India initiatives taken by Govt. of India in recent past and the current thrust towards a cashless economy, the future of Telecom industry in India is bright.