Smart Cities: Ushering In the Future of Urbanization in India 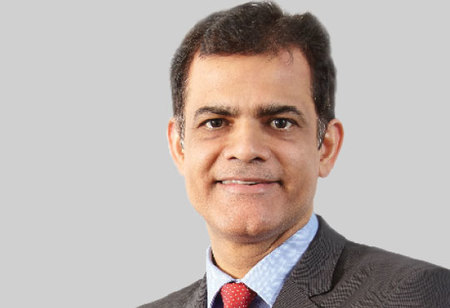 Across the world, the stride of migration from rural urban areas is increasing. By 2050, about 70% of the population will be living in cities, and India is no exception. India will need about 500 new cities to accommodate the rapid influx of population into its urban regions.

Interestingly, urbanization in India has for the longest time been viewed as a by-product of failed regional planning. Though this is inevitable, and will only change when the benefits of urbanization overtake the costs involved, it is an opportunity for achieving faster growth.

With increasing urbanization and the load on the land in rural areas, the Indian government has now realized the need for cities that can cope with the inherent challenges of urban living and also be magnets for investment to catalyse the local economies. The announcement of ‘100 smart cities’ falls in line with this vision.

What Is A Smart City?

A ‘smart city’ is an urban region that is highly advanced in terms of overall infrastructure, sustainable real estate, communications and market viability. It is a city with information technology as its principal infrastructure and the very basis for providing essential services to its residents. There are many technological platforms involved, including but not limited to automated sensor networks and data centres. Though this may sound futuristic, it is now likely to become a reality as the ‘smart cities’ movement unfolds in India.

A smart city offers a superior way of life to its denizens, and one wherein economic development and activity is sustainable and rationally incremental by virtue of being based on success-oriented market drivers such as supply and demand. They literally benefit everybody, including denizens, businesses, the government and moreover the environment.

Origins Of The ‘Smart City’ Concept

The concept of smart cities originated at the time when the entire world was facing one of the worst economic crises. In 2008, IBM began work on a ‘smarter cities’ concept as part of its Smarter Planet initiative. By the beginning of 2009, the concept had captivated the imagination of various nations across the globe.

Countries like South Korea, the United Arab Emirates and China began to invest heavily into research and the formation of smart cities. Today, there are a number of excellent precedents that India can emulate for its own smart cities programme:

Internet City in the UAE

In India, the government released its list of 98 cities which are to be developed into smart cities in August 2015. Many of these cities will include special investment regions or special economic zones with modified regulations and tax structures aimed at making is easier and more attractive for foreign companies to invest in them.

This is an essential factor for success for smart cities in India, because much of the funding for these projects will have to come from private developers and from abroad.

The smart city concept is not without challenges, especially in a country like India. For instance, the success of such a city depends on its residents, entrepreneurs and visitors to the city becoming actively involved in energy saving and implementation of new technologies. There are many ways to make residential, commercial and public spaces sustainable by ways of technology, but a high percentage of the total energy use is still in the hands of end users and their behaviour. Also, there is the time factor – such cities can potentially take anything between 20-30 years to build.