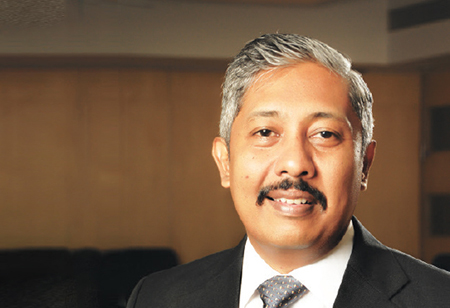 Blue Star is India's leading air conditioning and commercial refrigeration company which fulfills the cooling requirements of corporate, commercial and residential customers. It also offers turnkey expertise in allied contracting activities such as electrical, plumbing and fire-fighting services, apart from execution of specialized industrial projects. Blue Star's other businesses include marketing and maintenance of imported professional electronic and industrial products and systems.

According to a recent World Bank report on Urbanization, South Asian countries, while making some progress, have struggled to make the most of the opportunity urbanization provides them to transform their economies to join the ranks of richer nations in both prosperity and livability. While urbanization has become a common feature of Indian society, the development has not always been ‘smart’, sacrificing quality of living and health, for instance, for greater productivity and growth.

Every city has its unique sets of needs, demands, constraints and resources. A city should develop its smart initiatives on the basis of these attributes. India’s advantage lies in its relatively younger population compounded with a very high rate of Smartphone and internet adoption. With greater use of digital technology and adoption of eco-friendly techniques, cities can be smartly governed and quality of services vastly improved, thus significantly enhancing and improving the quality of living.

The 2015 livability index of the Economist Intelligence Unit ranked New Delhi 110 out of 140 cities, highest of the six South Asian cities in the Index. Mumbai was ranked 115. Mercer’s 2015 Quality of Living survey ranks Hyderabad at 138 out of 230 cities surveyed globally. A ‘smart city’ can result in significantly improving the livability index of these cities. In January, 2016, the Central Government unveiled the names of the first 20 cities which will be developed into smart cities in 2016. These 20 cities were shortlisted from the 98 cities earlier identified under the 'Smart Cities Mission'.

So how can a smart initiative improve the livability index? Rather than looking at the basic definitions, a quick internet scan of smart city initiatives globally could throw better light on what ‘smart’ means, and how it improves the quality of life and sustains it for future generations. Cities globally have been focusing on smart and sustainable urbanization for many years now. Toronto uses natural gas from landfills to power the city’s garbage trucks. Paris has a very successful bike sharing program, Velib. The system revolves around 14,500 bicycles and 1,230 bicycle stations located across Paris and in surrounding areas.  On its sixth anniversary, a total of 173 million journeys were reported.

To achieve its goal of carbon neutrality by 2025, Copenhagen is working on various initiatives such as wind farms, energy efficiency, and the development of public transportation networks and bike routes. The first “bicycle superhighway” – designed to connect outer districts and suburbs to the city centre – opened recently, with 26 more planned to be developed over the coming years. More than 40 percent of its population regularly commutes via bicycle. After landing at Copenhagen airport, passengers can board an automatic Metro line which takes them to the city center in 15 minutes. This crosses the path of the City Circle Line, a subway project that plans to place 85 percent of Copenhageners within 650 yards of a Metro station when the line opens in 2018.

London has been well-recognized for its congestion tax, as well its efficient transit system, which has helped in improving the local commute significantly. London also has a partnership with O2 to launch the biggest free WiFi network in UK. Last year, Berlin, in partnership with BMW and others, tested vehicle-to-grid (V2G) technologies for creating a virtual power plant from electric vehicles. Seattle sustains greener living by giving tax rebates to those who make use of green technology.

Recently, the European Parliament voted in favor of an ‘eCall’ regulation which requires all new cars be equipped with eCall technology from April 2018. In the case of any vehicular accident, the eCall system installed in the car automatically dials 112 – Europe's single emergency number. This ensures that emergency rescue teams are on the scene as quickly as possible. eCall is to be introduced in all new models of passenger cars and light-duty vehicles, and will be supported across the EU as well as Iceland, Norway and Switzerland.

Indian cities have the advantage of leveraging all these experiences and leapfrogging ahead. Digital technologies such as IoT, Sensors and Analytics can easily help resolve parking and traffic congestion issues through smart systems and mobile alerts, and can increase energy availability through smart grids and smart appliances. LED lighting embedded with smart controllers can reduce energy consumption based on presence and therefore reduce taxes. All of these are viable options with today’s technologies.

Government entities, commercial organizations and local citizens need to concentrate their energies in establishing standards and funding channels, and planning and implementing key initiatives that pave the way to a smart city. With a strong intent, purpose and leadership, this is definitely possible. With some smart thinking and extraordinary commitment, this vision can be realized within the next few years, rather than decades, and assure a smart living for our citizens.