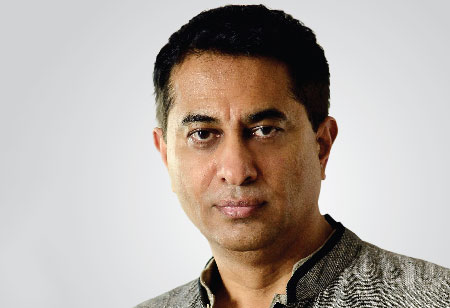 There is a lot of debate going on the recent past between iPhone manufacturers denying the federal agencies about unlocking a phone used by terrorist in the recent attacks. WhatsApp’s recent announcement of its end to end encryption has also sparked deliberations between government and security officials on data security.

Though WhatsApp’s intentions are justifiable, it is primarily focused on ensuring the user's privacy is maintained during transmission, transit and reception. But what happens to the privacy of users’ messages at device level?

A common law abiding citizen would hardly be concerned about security or government officials prying through their messages, unless of course they are participating in unlawful activity. The primary concern today is how we can maintain privacy of our messages that are sitting on our or the receiver’s device.

Though mobile production companies have introduced security tools from password to fingerprint detection to keep devices locked, this does not eliminate scenarios where people have entered your password, or forcefully unlocked your device with your finger. Once your phone is unlocked, your messages are visible to everyone. There are no existing tools which can convert our messages or contacts into an illegible state, or where we can send single messages that can only be unlocked with a password.

In our day-to-day life, we all are engaged in sending or having conversations which we later regret or want to recall or retrieve. Once we send these messages, there is no way of getting them back without the receiver knowing. What about situations where we have lost our phone? Once it has landed i n t he w rong hands, we no longer have the power to stop these people from discovering our messages or misusing them.

In almost 90 percent of the murders that take place, the victim knows the culprit. We can also be victims of our messages being abused by the very people we send them to. In fact, the media is constantly inundating us with coverage on relationship breakdowns turning into social media horror stories as the deserted ex revengefully shares private messages in public domain.

Today, a lot of messenger apps have started to introduce private areas for us to keep our discreet or private messages safe, but it only remains private at our end. Once we send a message, whether it is coming from a private area or not, we are not able to stop our friends or family from taking a screenshot, copying or forwarding our messages to other people and more. In short, we do not have any control over the content, once it leaves our device.

The younger generation today are constantly texting, and sharing photos impulsively, without thinking before uploading pictures or writing very personal messages, which should always be between two people. Apps like Snapchat or n-gage allow you to put a time frame on your shared photos or even to erase or extract the entire content from the receiver’s device, if he or she decides to do so.

Again, all said and done one cannot guarantee 100 percent safety and privacy of messages in the virtual world. It is always better to be safe than sorry.