Role of GIS in Every Organization 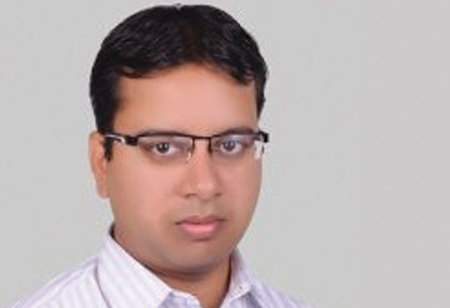 Today GIS is becoming a very valuable tool for any organization, this is because directly/indirectly each organization is associated with geography and GIS deals all about geography. Nowadays many industries are implementing GIS in different domains. If I have to name few of them then definitely I will start with the Telecom industry, where GIS is a must to implement.

GIS is always considered as playing a secondary role in the main stream functions of an organization. This means GIS doesn't impact business functionality if it is not there. But the fact is that introducing GIS is excelling the efficiency and quality of governance. If you add GIS in all your major business then it will show major positive impact in business in terms of cost, time, resources, utilization, monitoring and many more.

But instead of talking about telecom GIS (as we mostly know about it), let me highlight a few other domains where GIS is evolving rapidly. There are few domains for which I am providing a brief description.

Urbanization or Smart City - GIS has to play a major role in making Smart Cities in India. Major Fields like Property Tax mapping, Street Vendor mapping and planning, Waste Water and  Sewage planning, Effective public Transport routes and improvement of Traffic flows, Electricity to maintain the demand or supply and many more where GIS can help in making Smart City. After declaring the names of futuristic Smart Cities by Indian Government, many projects are initiated or launched by the local governing authority in GIS.

Defence and Intelligence - In every aspect of operations, defence and intelligence are majorly dependent on GIS as geography is involved in many security decisions. They should know about their assets which are located across the country and their utilization as and when required. Military decisions demand for mission command to intelligence, surveillance location, battlefield layout, deciding location with minimal environment impact. GIS software plays an increasingly important role in making these types of decisions.

Land Management - Traditionally, much of spatial information was recorded on paper maps. Many developing nations are in the process of transition from paper to digital map production. This development can be supported through integrated software framework i.e. GIS. This helps in managing the land records and its owner details (including past owners). GIS software can also ensure the control and study of the valuation rates for retail properties. It can thematically provide the high and low of property rates across state/district/town/locality.

Crime Control - GIS plays an important role in crime mapping and determining potential crime sites. GIS can allow police personnel to plan effectively for emergency response, determine mitigation priorities, analyse historical events, and predict future events. GIS can use location based services from the telecom service provider to map the criminals. It is effectively used by police personnel and intelligence bureau to identify the suspected location of criminals.

Pollution Control - Pollution is directly proportional to population. With the rise of population, there is an increase in the number of vehicles as well as industries. This finally raises new problems such as: Air Pollution and Water Pollution.

Air Pollution Control - Increasing number of vehicles & industries are solely responsible for increasing air pollution levels in urban areas. Air toxins emitted by motor vehicles & industries in the atmosphere, causing serious environmental and health impacts. Such areas can be monitored by using proper air pollution detecting equipments and those can be integrated with GIS. Hence, it can be easy to monitor the polluted area and also it can predict the futuristic pollution area. Recently, we have seen that Delhi government has used Even-Odd formula on vehicle number to control air pollution. Air pollution in Delhi is monitored by pollution detecting equipments which are installed at several impacted areas within territory.

There are several other sectors/domains where GIS can be implemented, hence it can also be seen as the opportunity for GIS companies.