Relying on Gut Instinct is No Good 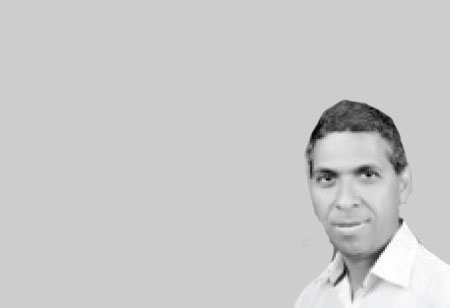 Nearly one hundred-thousand new companies were registered in India last fiscal year, taking the total number of companies registered with Ministry of Corporate Affairs (MCA) to more than 1.3 million at the end of March this year. This is the good news. Never before in the Indian history has such entrepreneurial fever been witnessed. However, 65 percent of all registered companies had less than or equal to Rs 10 lakh authorized capital. Only 2 percent or 27,876 registered companies in India have authorized capital of more than Rs 10 crore. It implies that India has a huge pool of small-scale entrepreneurs, but unfortunately very few among them become ever large enough to survive beyond 24 months.

According to a Harvard Business Review article published last year, 80 percent of start-ups shutdown within the first 18 months. Similar data emerging on India from various reports is that the number is more than 90 percent for Indian startups. So what goes wrong in the initial one-and-a-half years that majority of businesses fail to sustain? There are multiple reasons behind such a high number of start-up failures. Our research suggests that top five reasons are: lack of coherence of co-founders about the vision and the mission of the company, not doing enough research about the product-market fit, hiring the wrong people, running out of cash before the next round of investment, and a lack of professional guidance and/or mentoring.

Lean methodology defines start-up as a temporary organization that is looking for repeatable revenue and a scalable business model. Entrepreneurs struggle to understand and evaluate the kind of business they want to do, the problem they are really solving, and the value they bring to the market. There are four means by which entrepreneurs take such decisions - gut, experience, analysis, and external perspective. Most things entrepreneurs do at their start-up are things they've never done before. Thus, they can't rely on their experience. Also, some of the problems that they attack are new, and consequently, analysis might not be too practical. Lastly, the mentoring infrastructure in India is virtually non-existent. Start-up founders have very limited access to timely and quality external perspective. Thus, most entrepreneurs rely on their gut instinct, which is never a good business strategy.

Indian government realizes the gravity of problem. Modi government's seriousness to deal with the situation was abundantly clear to me post our meeting recently with Dr. Tarun Khanna. As you may know, Professor Khanna is Director, South Asia Institute, Harvard University; and Jorge Paulo Lemann Professor, Harvard Business School. He has been appointed to Chair an Expert Committeeon Innovation and Entrepreneurship of NITI Aayog to take the Atal Innovation Mission (AIM) and Self-Employment and Talent Utilization (SETU) initiatives forward. He shared with us that he is submitting his recommendations to the Prime Minister soon, and eluded that the key focus area of the government should be to make entrepreneurship as a respectable vocation by providing entrepreneurial skills training.

One of the celebrated attempts toward institutionalizing a start-up ecosystem for promoting entrepreneurship has been the growth of incubators and accelerators. However, given the magnitude of the problem, such efforts are insufficient. Consider this: there are approximately170 incubators/accelerators in India with an average intake of about 30 companies each year. What alternatives exist for the 'other 95 percent' start-ups that don't get through these institutions? How do such start-up founders build what we at GrowthEnabler Global call the 5 C's - Confidence, Competence, Communication, Clarity, and Capability - that are a catalyst for start-up success? To solve for these challenges, we need to create a system that democratizes access to world-leading growth advice and insights, makes it affordable and available to anyone anywhere anytime. We will be able to capitalize on the India's demographic dividend only through such system.