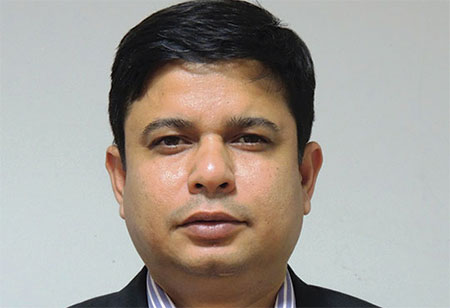 The quantity of solid waste generated in the country has grown significantly in the last few decades due to changing lifestyle & increasing urbanization. According to CPCB’s MSW annual report, 142,566 TPD (tons per day) of MSW was generated in India during 2013-14. Of the total waste generated, approximately 117,742 TPD.

(82.6 percent) was collected and only 33,665 TPD (28.6 percent) of the collected waste was treated. Planning Commission Task Force Report (2014) reveals that 377 million people residing in urban area generate 62 million tons of MSW per annum currently and it is projected that by 2031 these urban centres will generate 165 million tons of waste annually and by 2050 it could reach 436 million tons. The challenges and scale can be more understandable at the level of individual cities – Delhi and Mumbai generates around 7000 TPD individually.

The challenge of burgeoning waste is compounded by the poor collection and disposal system in the country. Most of the solid waste collected in the country is disposed unscientifically in open dumpsites, which in large cities are filled beyond their capacity. In Delhi itself, three of the four landfills being currently used should have been closed by 2009. Moreover, most of the disposal sites in major cities have not been built according to accepted specifications & lack effective pollution control to manage leachate and air emission. Therefore, there are problems of leachate leading to the ground water contamination. Often waste is burnt in these dumpsites leading to air pollution, recent example being fire at Deonar dumpsite at Mumbai. Moreover, these open dumpsites emit methane due to natural degradation of organic matter, the global warming potential of which is 21 times higher than carbon dioxide.

Some of the key factors behind the apathy towards sold waste management are the poor civic sense, lack of public awareness around waste segregation, low priority placed on waste management, inadequate capacity of municipal authorities, lack of technical expertise and paucity of financial resources. Further, the country has failed to leverage the informal waste segregation system by the rag pickers.

To make the waste management system more relevant to the country, it is important to take into account the weaknesses and strengths of the existing system. First and the foremost thing that needs to be encouraged is the ‘3Rs -Reduce, Reuse and Recycle’. The country needs an aggressive campaign to improve civic sense. While the Swachh Bharat Abhiyaan campaign has helped improve awareness, it still needs to be pursued aggressively get embedded in our society and behaviour of our citizen. This should be supported through developing infrastructure for collecting, processing and disposal of waste to make such a campaign successful with incentive and penalty mechanism for both society and government.

Another strength of the Indian waste management system is the informal network of rag pickers, who remove recyclables from the garbage thus reducing the waste that ends in the landfills. According to a study by Chintan, rag pickers save almost 14 percent of the municipal budget annually while other study estimates that the rag pickers reduce up to 20 percent load on transportation and on landfill. It is therefore important that the role of rag pickers is recognized and they be involved formally by the municipal authorities.

Once the waste is segregated and all recyclables recovered, appropriate processing method needs to be adopted based on the nature of waste. There are various treatment technologies available, including composting, biomethanation, and incineration or thermal combustion. The characteristic of the Indian waste (high inert and moisture) makes it difficult to burn. The country is still struggling to make Waste-to-Energy projects a success story. It is therefore important to demonstrate few successful examples by adopting the right technology and using suitable waste for it. There are also opportunities to explore landfill gas-to-energy projects, which is completely untapped as of now.

The other key challenge that needs to be addressed is the lack of institutional capacity of the municipalities and financial resource crunch. The Swachh Bharat Mission-Urban has an estimated cost of Rs. 62,010 crore (USD 9.7 billion) for five years between 2014-19 including toilets and end-to-end solid waste management for 4041 statutory towns. Waste management projects in public-private partnership model can help in both these aspects i.e. building the capacity of municipalities as well as leverage private investments.

There are some success stories but these are few and far in between. It is important to learn from these successes as well as the other failure to adopt a waste management system that is relevant and meaningful to India. Moreover, most importantly, it is imperative that urgent actions are initiated to tackle this problem before it gets out of hand which needs behavioural change within the society along with technological interventions.