Reasons Why Urban Mining is Growing 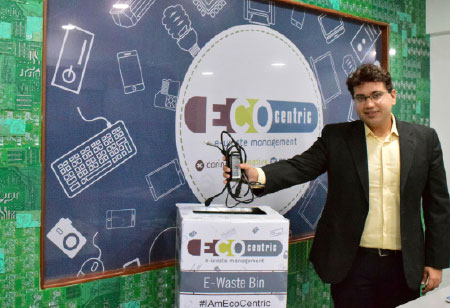 Classical mining terms to the ex­traction of valu­able minerals from mines. Mining op­erations puts a lot of stress on environmental resources, both during the mining activity and after the mine has been shut.

On the other hand, urban mining is recovering the raw materials from the electronic and electric consumer items that have reached their end-of-life.

The age of easily extractable raw materials is soon ending. And it's becoming difficult and less economical to extract the remaining ones that are available.

Even today, not all e-waste is recycled. Plus we could find the concentration is many times higher than the metals ex­tracted from the ores. Approximately fifty pounds of gold and 20,000 pounds of copper could be extracted from one million discarded cell phones if processed properly.

3. In Urban Cities, Millions of Discarded Devices are Yet to be Recovered

Close to 50 million tonnes of electrical and electronics waste is yet to be recovered as per the recent study majority of which includes cell phones, PCs, and laptops.

4. Urban Mining is the only Option for Some Precious Metals

For example, an iPhone uses eight rare earth metals – for everything from its col­ored screen to its speakers, to the minia­turization of the phone’s circuitry. While the amount of rare earth elements in each phone is a handful, the number of phones sold each year is impressive.

Urban mining is taken as a process that is not only clean for the planet but for the people involved too unlike the illegal channels where people burn the devices to recover metals. With this, they risk their health and safety and it has an ad­verse effect on the surroundings too.

With the technology entering every sector, the need for these smart devices is going to rise 3 fold in the next 10 - 15 years. Classic mining alone could not suffice the need for the mate­rials used. Hence the dependency on urban mining is a must.

Since urban mining is economically viable now, businesses are marching towards it. In India, the Ministry of Environ­ment & Forest has taken some progressive steps and given targets to Producers & Bulk Consumers to ensure E-waste is recycled.