Pollution Control: Need of the Hour 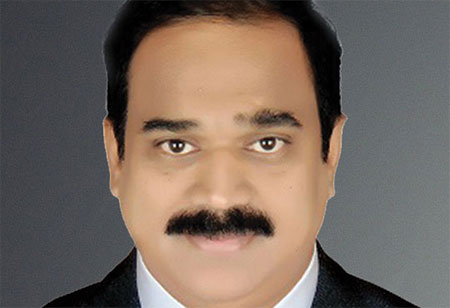 Pollution in simple terms is the insertion of contaminants into the natural environment due to anthropogenic activities that causes adverse impact on the ecosystem. Pollution can be due to introduction of chemical substances or energy, such as noise, heat or light. Pollutants, the components of pollution, can be either foreign substances/energies or naturally occurring contaminants.

Pollution control is the process of mitigating the impact on ecosystem by reducing or eliminating the release of pollutants (contaminants, usually human-made) into the environment. Some of the practices to prevent pollution are:

Amongst all type of pollution, air pollution is the most significant one, as it has a strong linkage to climate change, which has the potential to destroy the entire planet. Climate change and air pollution are closely linked - many air pollutants and greenhouse gases (CO2, CH4,N2O,O3,CFCs) have common sources, and can interact with one another to affect the terrestrial environment in complex ways. Climate change refers to a change in average weather conditions that last for a longer period of time like for decades/centuries.

One of the key contributors to the climate change is Global warming, which is caused by formation of a blanket of greenhouse gases that traps heat around the earth increasing the temperature of earth.

Addressing the issues of air pollution and climate change may seem daunting. However, the good news is that because they come from the same sources, many of the actions that reduce air pollution can also reduce greenhouse gas emissions.

Developed countries have achieved substantial economic growth and development and can afford to focus on environmental goals because basic living necessities have been achieved. But developing countries, at every point and in every level of development, countries need to make choices between often conflicting goals. Developing countries such as India desire to ensure energy for all at a competitive price to achieve and sustain economic growth and poverty reduction.

Despite facing enormous development challenges like poverty eradication, ensuring housing, electricity and food security for all, India declared a voluntary goal of reducing the emissions intensity (INDC). India will be installing 175 gigawatts (GW) of renewable power capacity by 2022; have set up a new target to increase its share of non-fossil-based power capacity from 30 percent today to about 40 percent by 2030. The country also commits to reduce its emissions intensity per unit GDP by 33 to 35 percent below 2005 by 2030 and create an additional carbon sink of 2.5 to 3 billion tonnes of carbon dioxide through additional tree cover. The plan also prioritizes efforts to build resilience to climate change impacts, and gives a broad indication of the amount of financing necessary to reach its goals. India has adopted several ambitious measures for clean and renewable energy, energy efficiency in various sectors of industries, achieving lower emission intensity in the automobile and transport sector, non-fossil based electricity generation and building sector based on energy conservation.

In the COP21 (Conference of Parties) Paris summit, in order to reach the long-term goal, countries agreed to set national targets for reducing greenhouse gas emissions every five years. More than 180 countries have already submitted targets for the first cycle beginning in 2020. Only developed countries are expected to slash their emissions in absolute terms; developing nations are "encouraged" to do so as their capabilities evolve over time.

In conclusion, developing countries in their quest for economic development and poverty reduction are expected to put economic growth, energy for all and industrialization at the fore front of their goals before giving consideration to environmental issues. Therefore, compelling developing countries like those in Sub-Saharan Africa and South Asia to pursue environmental goals, particularly reduction in CO2 emissions, will require substantial economic, technological and financial support from developed countries and the international community to compensate for the economic losses associated with reducing pollution.