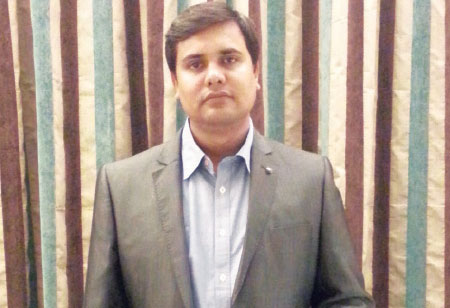 The Indian pharmaceuticals market is the third largest in terms of volume and thirteenth largest in terms of value, as per a report by Equity Master. The Indian Pharmaceutical market has been giving many choices to the consumers with the evolving branded generics and over the counter drugs in this segment. Today, for any common molecule consumer the market is providing more than 30 choices, this makes the market very competitive and the pricing very affordable. It has also led the government to implement new policies which can regulate prices for the industry. It has also given a constant push for manufacturers to make drugs more affordable. There has been a clear cut demarcation in the market, and still there is place for everyone here (Original and Generics). The major driving force of this market has been innovation and pricing.

While there are more than 10,000 drug manufacturers in India, only very few organizations are determined for investing in R&D. These obliged organizations have played an integral role for carrying out the major share for R&D. Though the major drug discoveries in Pharmaceuticals and Biotech have been implemented by Western World, the research scholars in India are trying best to unlock new innovations.

As the biotech sector has grown over the years, many established companies are eying their entry into this sector. Realizing the potential of this industry and its immense opportunities, many startups have opened their manufacturing units to become part of this industry. The forthcoming of local manufacturing units are inevitable and this has become the need of the hour.

Branded generics dominate the pharmaceuticals market, constituting nearly 70 to 80 per cent of the market. India is the largest provider of generic drugs globally with the Indian generics accounting to 20 per cent of global exports in terms of volume. Of late, consolidation has become an important characteristic of the Indian pharmaceutical market as the industry is highly fragmented.

The Indian government had fuelled the policies in mid-90s to upgrade the pharmacy market. Innovative products were given exemption from price control and many benefits were given to firms undertaking R&D in India. Patient right was granted for a period of 20 years and the same was for process as well.

Seeing the benefits, the industry shifted its focus from being merely manufacturing unit and began to invest for innovation in R&D. Today, more than 850 R&D companies have invested in India and the major reason for this investment has been the policies of government as well as the economy boost. The investing organizations have also obtained special benefits of the Indian scenario, i.e. cost effectiveness as compared to western world in creating setup and the availability of low cost of skilled workers. The boost of biotechnology education has created very high skilled workers for the R&D industry in India.

This Industry has been nurtured with the support of government as well as organizations which have led to the Pharma R&D tie-up; with this joint collaborative effort this innovation industry has high promises and potential for creating many new drugs in the near future.

Pharma R&D in India is expected to witness exponential growth in the near future, and with the growth of the economy and pharma industry in India, innovation will have unique economic importance in the Indian pharma industry.

The Indian pharma industry has come a long way and have made significant progress in infrastructure development, technical and R&D capabilities. With the integration of the Indian pharma market with the global market, new issues are being faced and tackled by the industry. Some old challenges such as IPR and pricing continue to be contentious issues in the market. The trends of increased foreign interest in the markets and increased investments in R&D are expected to stay.

With numerous strengths and a growing consumer class, the pharma industry in India may face certain legacy and new issues, but it is expected to grow multifold and continue to be an attractive investment destination.