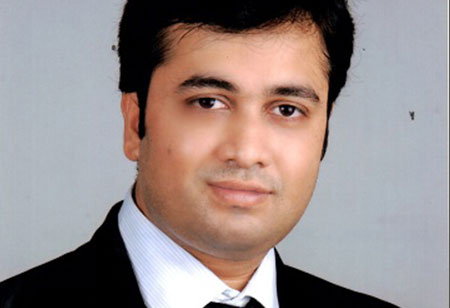 The market last week seemed to have celebrated two years of the government in style clocking one of the biggest gains in recent times. Prime Minister has indicated that further economic reforms are on the cards. The rally was led by capital goods, industrial, banking, realty, IT, power and metal stocks.

Markets and the fund houses turned jubilant with hopes of good monsoon after private weather forecaster Skymet predicted above normal monsoon. Markets moved higher till the last amid some better than expected earnings announcements from heavyweights. Some support from global brokerage houses upgraded Indian equities to “overweight” from “equal weight” and stated that India is becoming a low-beta market within the emerging markets. India's relative valuations as compared to emerging markets have come off. They also pointed that monsoon rainfall and passage of goods and services tax (GST) are the key triggers for the Indian markets in midterm.

It was the F&O expiry week and lots of volatility was expected, but markets remained in jubilant mood and the expiry witnessed a run-away rally with Nifty hitting its highest level since November 2015. The last session and the start of the new series witnessed the extension of gains and the benchmarks adding over a percent for the day, snapped the week higher by over 5 percent, making it one of the best weeks of the year so far. Retrospectively, if you observe the first part of 2015 was short lived with Nifty scaling new life time highs in early March 2015. However, post that the Indian stock market has been on a downward trajectory with Nifty declining approximately 4 percent. Nevertheless, the midcap segment was relatively a better performer with some overall gains.

The Indian economy ducked the trend in 2015 when most of the emerging market economies witnessed significant external vulnerabilities owing to positive external balance and a stable public policy. Although, the rising NPAs in the banking system and strong headwinds in the global economy did have an impact on Indian economy, it was largely stable when compared to its peers.

The world economy continues to wobble with weak growth and dwindling inflation. Global factors play a critical role in dictating Indian market trends on account of the potential US fed Interest rate lift off and the Chinese economic slowdown. While certain global factors tend to have a collateral impact on our markets such as a temporary liquidity squeeze and lower exports, India has benefitted from global commodity prices. However, it must be noted however that despite uncertainty in the global economies coupled with domestic challenges pertaining to slow progress on certain crucial reforms and the delay in anticipated economic recovery, the Indian market outperformed the emerging markets. This relative outperformance signifies a strong economic indicator which is likely to improve further in our view. The year 2016 will be closely watched for the government's ability to push critical reforms and apex banks' monetary policy stance to support growth. This year could be the year for India with most macro factors in place and the result of the government's push to increase investments likely to get fructified. With inflation and current account deficit under control, sectors being opened up for FDI, public spending on the rise and accommodative monetary policy; what India needs is continuous support from policy actions to attract private capex and consumer spending.

The Indian economy currently stands at a strong position with the interest rate rolling downwards, key macro variables and Fiscal deficit mostly under control. International agencies continue to remain positive on India with an expected growth for 2016 pegged at 7.50 percent. India is likely to gain momentum in the year to come as the results of earlier measures are visible.

The key factors which are likely to aid growth during the year are the impact of the executive action addressing systemic issues in key sectors like mining, railways, defence, banking, roads and power. Further, the pay commission's suggestion for hikes in payouts for government employees coupled with soft commodity prices are likely to result in a consumption driven growth. The continued accommodative stance and look out for emerging room for more rates easing by the Apex bank is likely to bring in positive sentiments and scope for expansion of the economy.

The progress on vital reforms will play an important role in supporting sentiments accelerating growth, hence 2016 is expected to be the year where the domestic economic recovery will pick up pace. Nevertheless, the risk to our outlook prevails primarily owing to the international market, the pace of rate hike by US Fed and China's growth slowdown, which could have a spillover declaration effect on emerging markets.  The year 2016 is likely to remain good for the financial assets rather than real assets. Though volatility in markets is likely to persist, patience will be the key for investors across all asset classes.