New Thinking for Solving the Healthcare Crises in India 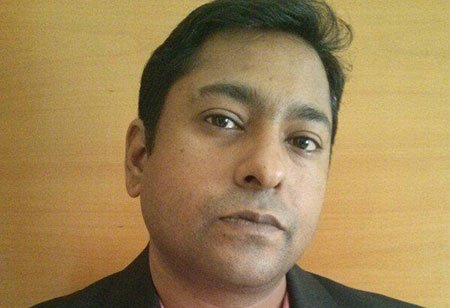 India is a unique paradox where tradition and modern ideas coexist. In Healthcare, we see this manifest itself in a complex ecosystem where traditional remedies like Ayurveda, Siddha and Unani, are considered alongside modern allopathic medication, supplemented by alternate treatments like Homeopathy. India faces a huge challenge of trying to cover almost 1.2 billion people with limited infrastructure, and limited availability of trained doctors and medical equipment – a scenario that very few countries have experienced in the past for us to adopt those models of healthcare. What makes the challenge even bigger is the geographic distribution of our population spread across almost 7 lakh villages.

In the past India has tried to adopt several systems of health care prevalent in the West and other developed economies. We initially started out by building a system like the National Health Service (NHS) of the UK, with the Central Government Health Scheme (CGHS). This along with the affiliated state bodies continues to serve the healthcare needs of India, but is limited by coverage (rough estimates indicates it covers 10-15 percent of the population).  The private sector covers most of the country’s healthcare needs, with 5-7 percent of total patients covered by some form of insurance and the rest dependent on self-funding (known as ‘Out of the pocket’ expenses).

Now the challenge is that the out of the pocket expenses are the leading cause of bankruptcy among families of patients both in the rural and even some urban areas. India ranks 3rd in the out of pocket expenses for health in a WHO report. With a per capita income of $1500 per year, most families can ill afford these expenses. So though we have the physicians, hospitals and the care available, as it is paid out of the pocket it creates a model in which most patients and families delay treatment till it turns critical, compromising health and quality of life in the process. Inflation, changing disease patterns and unstable income further complicates the situation and this is turning into a social problem manifesting as farmer suicides and rural indebtedness. These add to the burden of the welfare schemes run by the government.

These realities indicate that the current system of healthcare management may not sustainable for long.

I think the solution is to build a strategic road map keeping in mind the growing population, changing demographics and evolving disease patterns.

These a good indicator of the socio-economic status of individuals in a region. These factors can also be studied in detail to understand / anticipate the kind of health care issues / needs that may arise. For instance, an individual in Mumbai and one in rural Punjab may have the same disposable income, however, their use of this disposable income may indicate starkly different purchasing patterns. If the Mumbai youth prefers to spend money on frequently eating out, he may become more prone to obesity. If the Punjab youth prefers to spend time drinking, he may become an alcoholic, resulting in a very different health care issue. In a direct contrast, youth from Bihar may be prone to malnutrition, if he does not have any disposable income. Unless such issues are unearthed, it may be difficult to build a health care system to address these concerns effectively.

How it can Work in India

A good example of using this consulting template is in establishing de-centralization across the healthcare ecosystem in India.

Let me first explain what decentralization is. In my opinion it is moving the decision making away from central urban areas and to the peripheral regions. So in case of healthcare, it would be removing the dependency of patients and the patient parties in rural India on city based hospitals and practitioners. When my cook’s daughter in rural Odisha was diagnosed with Dengue, she had to be taken all the way to Puri for treatment since the primary healthcare center in the village could not treat the disease. His wife is an aanganwadi worker and the time that the couple spent in treating the child, cost them significant loss of wages (for their time away from work) and debt (due to the relatively high cost of the treatment and hospitalization).

In such a scenario, the future end state can be defines as a system where these patients from rural India don’t have to travel far to seek treatment. The access to care – for most infectious diseases and other medium term ailments - can be provided in their local centers.

So building a proof of concept would require such a system to work in a way that the rural center relies on the expertise of the experts and physicians in the cities without these patients having to travel to the cities. A few good examples include the Philips e-ICU launched in tier 2 cities some time ago. Td the availability of he system enables ICU’s in tier 2 and 3 towns to be monitored from a major city like Mumbai saving time, equipment cost and availability of an intensivist, which is very difficult to find in India.

Decentralized access and centralized delivery have been used bystartups like the path lab Life Cell that are using this model and leveraging digital technologies to the fullest.

Some experts like Dr Ashwin Naik of Vatsaalya Healthcare make a strong case for the need to understand that innovation isn’t just about creating a better ECG system (for instance), but to discover a better way to rethink our exiting ecosystem. Start-ups have a significant role to play in the process of making healthcare more accessible.

Albert Einstein once said “We cannot solve our problems with the same thinking we used when we created them.” So a future without hospitals where care is delivered at home, especially in cases of monitoring, and can also be tracked on a digital backbone is possible.