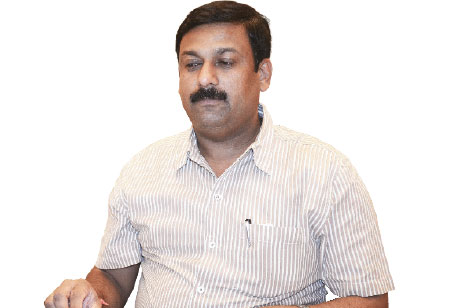 The one of the most profitable industry i the World is “Telecom” and it is rapidly growing day-by-day and observed as an indispensable section of the worldwide utility and services sector. This industry not only generates annual revenue of approx. $950 billion but also contribute to World GDP which is around 1.5%.

At present around 5.8 billion mobile users which areequal to nearby 81% of the World population and out of it around 75% customers are in the worlds highly populated Countries India and China. As a result companies in the sector find it strategically desired to enter new markets by merger & acquisitions and or forming an alliance with existing strong players in the market.

Today’s mergers & acquisition in India phased out the Multi-national companies from the Indian Telecom Sector and the competition started between Indian entities engaged in telecommunication business.

The Indian Judiciary “Supreme Court of India”also paced the mergers & acquisitions. In the recent past probing 2G Scam on issuance of Telecom licenses (first-cum-first basis) by previous UPA Government, Court cancelled 122 telecom licenses which resulted to closing down of telecom operations by various operators like Etisalat-DB, S-Tel, Tata-DOCOMO, Videocon etc.

With the entry of Reliance Jio in the telecom market has ignited an unprecedented wave of consolidation in the telecom industry with the competitive pricing, product & variety of Value added services and with low cost 4G handset on refundable Security deposit.

After Reliance Jio entry in the Indian market the first news of consolidation were seen in September, 2016 when Reliance Communications Ltd (RCom), led by Mr. Anil Ambani, and Aircel Ltd, owned by Malaysia-based Maxis Communications Berhad, announced that they would merge their mobile network operations.The deal brought through RCom taking the wireless business into a special purpose vehicle (SPV) through a slump sale and ultimately getting merged with the mobile business of Aircel. In the process RCom and Aircel will transfer substantial portions of their debts into the merged entity.

In the month of November, 2016 RCom announced its merger with Sistema’s Indian operation “MTS” under which the Russian Company will hold a 10% stake in RCom. The merged entity will, however, carry a debt of nearly Rs. 28,000 crores. RCom and Aircel will each contribute half of that amount into a debt pool.

A month earlier, BhartiAirtel had agreed to acquire the assets of Telenor South Asia Investments PteLtd’s Indian telecom business. The transaction, which won’t involve any cash payments to Telenor, will give BhartiAirtel access to 44 million customers (increasing its user base to 307 million), 43.4 (MHz) of spectrum in the 1,800MHz band and 20,000 base stations.

However, in the long term consolidation is expected to be positive for the industry as it would restore some pricing power and give better negotiation with vendors/ suppliers. After merger only five major telecom playerswill remain Vodafone- Idea; BhartiAirtel-Tikona; Reliance-Jio, RCom-Aircel-Sistema, and State-run (BSNL) and (MTNL).

Revenues take a hit
Mean while, competition is taking its toll, the telecom sector’s revenue declined by about 6% quarter-on-quarter in December, 2016 quarter was the biggest decline seen by the sector.

Telecom revenues for first 09 months of the current fiscal are up about 2.4% year-on-year basis, suggesting that sector revenue on a full-year basis in the financial year 2017 may decline about 3%. It cannot be ruled out that the poor revenue growth for 3Q FY 2017 to the free voice & data offer by Jio, it believes that the sector’s revenue will also decline in FY 2018, too, by about 6% as (ARPUs) for the mid-to- high-end of the subscriber base with incumbent Telco’s may get reset to significantly lower levels.

The redistribution of market share among existing Telco’s is underway, the Jio’s subscriber base crossed 100 million but the Telco’s ability to retain market share would be driven by both pricing as well as user experience of its voice over LTE (Vo-LTE) technology. The consumer behavior and market share will undergo a change after Jio started charging for its services. The industry could witness a change in the data and voice usage pattern for each Telco could remain inconsistent and unpredictable. To retain the subscriber base will be a biggest challenge for Telco’s and also to increase their capacity/reduce call-drops , address coverage issue and fast speed data. Telco’s having good Spectrum holding will be better to compete on user experience.

Hit to Infrastructure Service Providers
However, the wave of merger & acquisition in the telecom sector could be negative for O&M Vendor/tower companies like Indus Towers, GTL, ATC, and Bharti Infratel as merged entities will cut down on overall cell sites. The existing footprints, a Vodafone+Idea,  BhartiAirtel (including Telenor) and RCom-Aircel- Sistema (combined entity) have a large number of tower overlap, potentially leading to lower network operational expenditure and improved margins, in addition to faster rollout of coverage potential.The impact of merger of Idea and Vodafone could be negative for BhartiInfratel as approx. 85% of its revenues come from the top-three Telco’s.

Consolidation: Good for Telecom Industry, better Service for Customers
While consolidation is good for the industry, for employees stable jobs and competitive remuneration,control & fraud connections, real time activation for subscribers by mandatory digital verification using Aadhaar, better for subscribers it would mean less discounts as the level of competition diminishes. Consolidation would bring increased pricing correction for Telco’s. Subscribers can hope to be benefited from service providers that are on a stronger footing to invest in network expansion and quality of service. As data usage grows, operators need billions of dollars in fresh investments to meet user demands.

The three-player market excluding BSNL should make the finest balance of competition and investment. The market consolidation would likely to help “ARPU” per User, Return on Equity and encourage infrastructure-based competition. The industry will see consolidation benefits of reduced competitive intensity, stable long-term realizations and significant improvement in capital formation.

Future Mergers & Acquisitions and Market Possibilities
The Telecom companies shall be taking over Media or Internet companies,advertising companies, and Software Development companies in telecom domain like (Alcatel-Lucent, NSN, Tejas,).Being an emerging domain need to keep a close vigil which will bring a huge change in near future.